Which Team Model Is Best for You?

According to a recent National Association of REALTORS® (NAR) survey, 26% of real estate agents are on teams. We’ve moved into a down market, and as many agents feel their businesses being squeezed, one of two things happens: they get out of the business or they join a team that can help train them and provide leads so they can sustain their income through tough times.

I’m often asked what the best team model is by agents thinking about starting one. Unfortunately, there’s no easy answer. Success means something different to everyone, and it comes down to what brings you the greatest satisfaction. There are four team models, and the best one for you will depend on your goals and motivations.

The first model is the partnership, where two agents work together as a team. The advantages are the encouragement, camaraderie and accountability to help your business thrive. The downside is when one partner generates far more business, but both share the income equally. This often results in the dissolution of the partnership as the partner bringing in the lion’s share of the income begins to feel resentment. Partnerships that last in the long run usually consist of two agents, where one’s strength may complement the weakness of the other. An example is when one agent is strong in sales and relationship building, while the other brings operational expertise.

The fellowship model is built around a sense of community. Members often share an office, socialize and motivate each other. However, the fellowship model typically results in lower splits for the team leader and higher turnover when team members question the value exchange for the splits they are paying.

Mentorship, the third model, is built around a successful team leader who trains, coaches and supports new or seasoned agents, and receives great satisfaction from mentoring others. The downfall of this model can often be a high turnover rate over time. If the value proposition is training, then once the agent feels they’ve learned enough to be successful on their own, they tend to move on, thereby diminishing the return on investment of the team leader’s time.

Last but not least is the lead generation model. Recruiting agents to this model is easier, and the leader can charge significantly higher team splits. This is the most profitable model when run properly, and agents tend to stay longer. The downside is the significant upfront cost for leads that can take months to convert and the stress that comes when agents are not converting the leads.

Every team model has its pros and cons, and no one model is right for everyone. Identifying the team model that best suits your goals will be the greatest contributor to your success in building and growing a successful team. 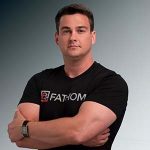 Josh Harley is CEO of Fathom Holdings. He’s an innovator, disruptor and a U.S. Marine veteran. Harley believes in servant leadership and strives to be an example to his leadership team and agents by serving others first.