Sometimes, a little perspective is all you need to appreciate what you have. The U.S. real estate market may not be “perfect,” but its differences, when juxtaposed with other markets worldwide, can become more pronounced and favorable depending on whom you ask.

This is even truer when trying to make sense of the nuances of global real estate. Leading Real Estate Companies of the World® (LeadingRE) CEO Paul Boomsma took on the hefty task as he unpacked market trends from around the world that are influencing the real estate sector in several countries.

In his talk titled “The Global State of Real Estate,” Boomsma indulged hundreds of attendees with his insights at RISMedia’s 34th Annual CEO & Leadership Exchange held at the iconic Mayflower Hotel in Washington, D.C., in early September.

“Real estate is still indeed a very local business, and while the world continues to be more connected with near instantaneous web updates and social media posts, just because we know what is happening overseas, the real question is do we know what it means—and more importantly, the context,” he said.

Boomsma opened the session with an anecdote that laid the foundation for the conversation. 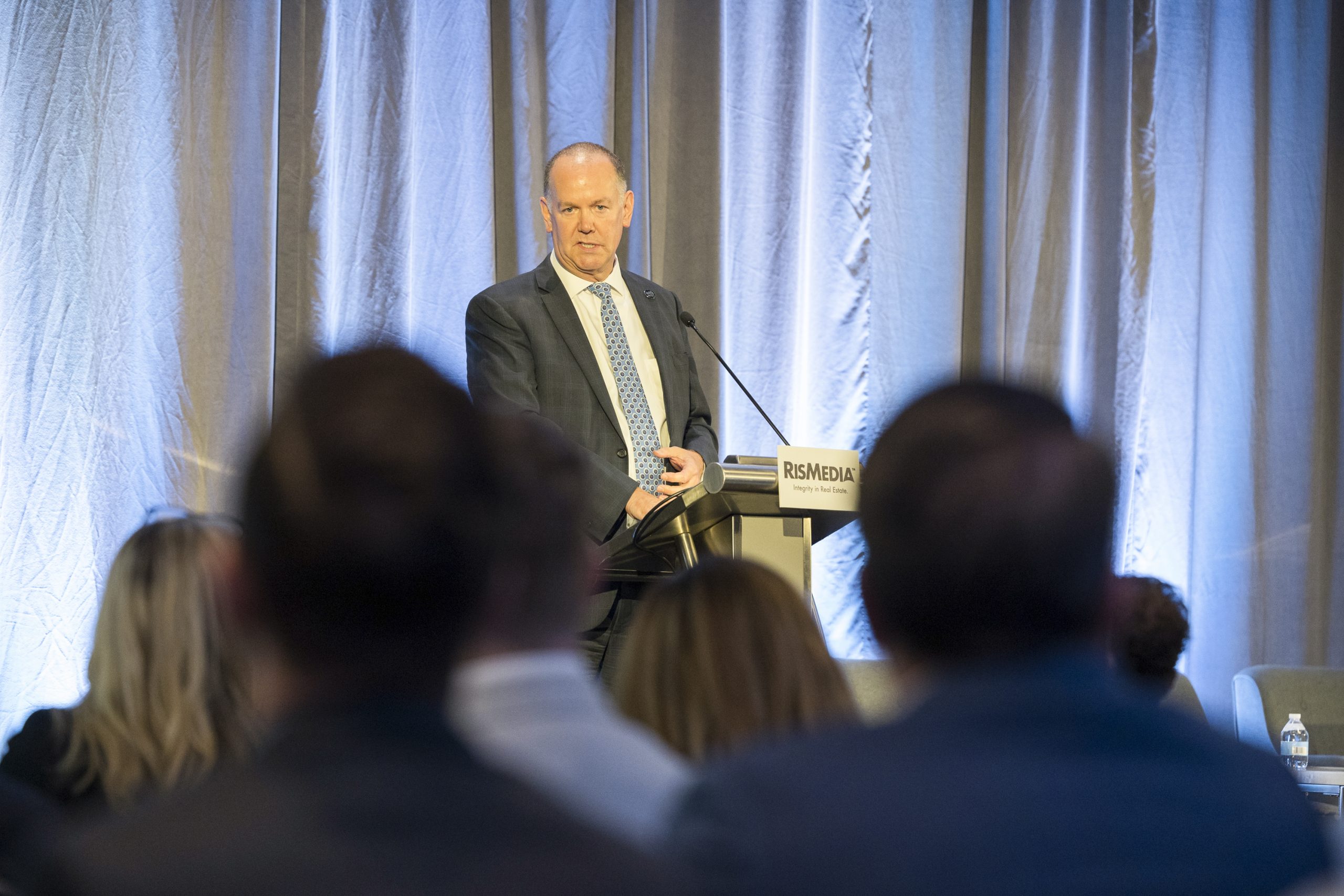 As he regaled attendees with a colorful account of a discussion between an American real estate player looking to expand into the United Kingdom and his London-based colleague, Boomsma also gave the audience a crash course in the nuances of the European real estate systems.

“In much of the world, the real estate business and business licenses are controlled by a firm,” Boomsma said. “Many UK families reference their real estate relationship to a firm they go in rather than an individual real estate agent.”

Depending on the country, different rules and regulations are applied to how real estate can be transacted. In nearly all parts of Europe, for example, the employment status of estate agents with agents assigned business is from principal brokers. This typically results in a smaller salesforce and office space.

Also deviating from the U.S. is the real estate license itself, which Boomsma characterized as “more of a general business license” held by the firm’s principal.

An overarching acceptance of rentals, which account for a significant portion of the housing markets across many European markets, is a substantial difference from U.S. real estate.

“In Europe, there is no stigma into renting,” Boomsma said. “It’s highly accepted, and the American Dream of homeownership is just that. It’s our dream, not the Europeans.”

Europeans tend to view mortgages and debt differently from the U.S., which is influenced by the lack of mortgage-related tax incentives in Europe. Still, some countries have a strong presence of ownership in the housing market—the UK, the Netherlands, Belgium, Austria and Scandinavian countries.

Regionally, many northern European markets have been overheated and expensive, sending investors south for better deals. Southern Europe’s homeownership remains high primarily due to the common trend of multigenerational housing.

“All of this comes down to a simple fact: many people outside the U.S. simply don’t move as often as Americans,” Boomsma said.

Adding to the complexities of global real estate is the lack of exclusive listings, allowing sellers to make their listings available through several local real estate firms, which can skew market share reports.

Equally troubling is the fact that a lack of exclusive listing agreements opens the door for local brokerages to try to circumvent the listing agent to go directly to the seller, according to Boomsma.

In countries without strict licensing markets, many practices are challenging to enforce, leaving many firms taking different measures to claim a listing representation.

“All of these factors result in up to 25% of transactions being handled privately in some countries as the real estate professional does not always exhibit trust and respect to warrant higher adaptation as it does here,” Boomsma said.

Though coverage of Russia’s invasion of Ukraine has seemingly dissipated in the U.S., Europe is still shouldering the tremendous uncertainty that the conflict has bred.

As the war in Ukraine wages on, Boomsma indicated that Europeans expect the situation and its effects to persist “for a long time as other eastern European conflicts have in the past.”

“They are dealing with a war and an infusion of 2.3 million Ukrainian refugees, uncertainty in their financial future and a 250% increase in home energy costs as cold weather looms in the fourth quarter,” he said. “It’s no wonder that the real estate market has softened to reflect those concerns.”

A growing trend among European and other countries is using golden visa programs to attract foreign investment in real estate. According to Boomsma, programs have been seen to various degrees in Portugal, Greece, Italy, Australia, New Zealand, Israel, Ireland, Turkey and some Caribbean islands—offering a form of residency that can lead to full citizenship.

Asian real estate markets are seeing their share of changes as branded apartment residencies are growing in popularity throughout the continent. Boomsma noted that this is partially due to higher service standards of American brands. In particular, Boomsma highlighted the growing footprints of Marriott and Four Seasons, which have 125 branded residential projects outside of the U.S.

“This works well in the high-density Asian cities where apartments aren’t large and the land prices are incredibly high, so the services and amenities become strong differentiators for developers,” he said.

A noteworthy shift that is mounting throughout the continent is the growing number of young, educated consumers leaving home, deviating from the multigenerational housing custom that has been a fixture in Asian culture, Boomsma said.

“Today’s youth is much more prone to leave the family home,” he said, adding that the trend is also gaining traction in Europe, India and Pakistan.

Closer to home, South America’s political unrest has strained several markets. Except for Uruguay and Paraguay, Boomsma stated that most South American countries—sans Brazil—have adopted “wait and see” attitudes as they deal with new administrations.

Inflation has also caused some housing markets to struggle, with Venezuela—admittedly the weakest market on the continent—breaking out of a hyperinflationary year in 2021.

“To say that practicing real estate in South America has challenges is an understatement,” Boomsma said.

Central American countries like Nicaragua and Honduras also saw administration changes that have hampered foreign buyers amid land rights uncertainty. According to Boomsma, Costa Rica and Belize, which have more stable economies and governments, have grown as a popular destination among Canadian and U.S. buyers.

He also acknowledged that Mexico continues to see investment in locations like Puerto Vallarta, Cabo and the entire Riviera Maya, which saw prices increase during COVID due to U.S. and Canadian investors.

Caribbean Islands have also maintained their appeal, with the Dominican Republic and Puerto Rico offering some of the best and most affordable second home options.

While countries worldwide are dealing with different factors influencing their real estate markets and overall economies, the U.S. has been no exception as economic uncertainty and elevated inflation have mixed with ongoing challenges in inventory and affordability that are straining buyers.

However, Boomsma struck an optimistic tone at the end of his talk as he looked at the global picture that the U.S. market is part of.

“Hopefully, our market normalizing after two years of near frenetic pace doesn’t feel quite so overwhelming when we understand the challenges that others around the globe are operating with their businesses,” Boomsma said.

Lock into the lowest ticket price now for RISMedia’s 2023 CEO & Leadership Exchange before prices go up. The event is taking place Sept. 5-7, 2023 at the Mayflower Hotel in Washington, D.C. REGISTER NOW

Stay tuned to RISMedia for additional coverage of this year’s CEO & Leadership Exchange.

Jordan Grice is a senior editor for RISMedia.