Ask five people where your marketing budget should be going and you’ll get five different—and contradictory—answers. Rather than listen to what people say, it makes more sense to look at what they actually do, and where they are investing their hard-earned cash. Find out how much agents and brokers are spending, where they are spending—and what marketing channels many are effectively ignoring.

First, and least surprisingly, word of mouth was rated the most effective inbound marketing channel by a huge margin with agents, with 82% ranking these referrals above everything else. But organic referrals and word of mouth are not necessarily something you can go out and create. So where are agents and brokers spending their money and energy?

Of the channels that agents can more directly invest in, MLS marketing was by far the highest rated, with 50% of agents calling that avenue the most effective way to market. Second was social media at 18%, followed by digital at 9%. Open houses/events garnered only 7% of top votes, direct mail 5%, and video and print both 3%.

Notably, social media was ranked in the top 3 most effective marketing channels by 63% of agents, meaning that many saw it as a vital secondary or tertiary investment even if it was not the most effective. Open houses were also stronger by this measure, with 35% rating them in the top 3. 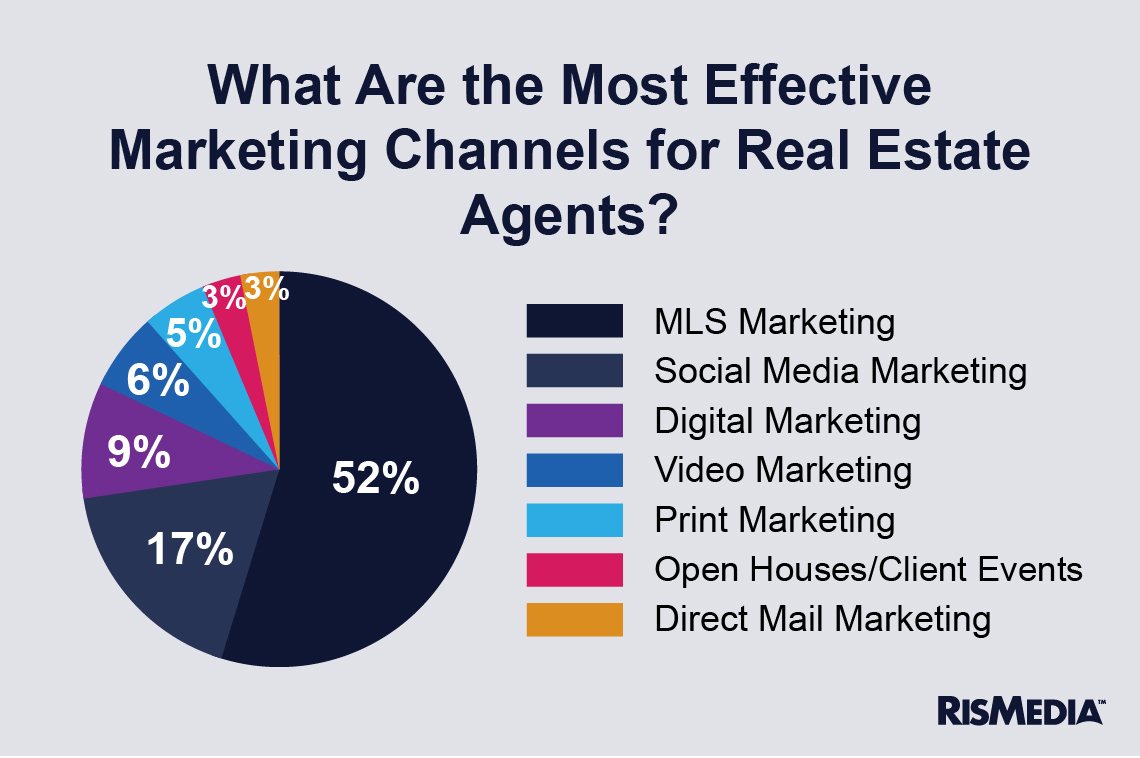 In terms of specific channels, the breakdown was very similar for brokers: 52% saw MLS as most effective, social media got 17% of top rankings and digital received 9%. But brokers saw more value in video marketing than agents, with 6% calling this the most effective channel, and 28% placing it in the top 3.

For outbound marketing, digital was unsurprisingly ranked as the most effective, with 28% of agents putting it at the top. Direct mail came in second with 19%, followed by community service at 15%, events/experiential at 11%, and video and print at 7%.

But again, looking at the top three rankings gave a much deeper insight into what agents value. By a significant margin, community service had the most top three rankings, with 64% of agents saying it was first, second or third most effective—far beyond direct mail, which made the top three for 49% of agents (digital came in third with 48%). The effectiveness of community service also held across age and industry experience, with agents at nearly every point in their careers or life affirming its value (though oddly, agents in the Midwest and West were about 10% less likely to rank community service highly).

As far as the big question of where agents are putting their money, social media won out easily, with agents spending an average of 25% of their budgets across social media for their personal brand. The gap between younger and middle-aged agents (ages 18 – 54) and older agents (65-plus) was significant, with the younger group spending over 30% on average, and more senior agents spending 19%.

Direct mail was the second overall biggest expenditure on average with 17% of budgets dedicated, followed closely by digital with 13% and print at 13%. While digital investments held across demographics, mail and print both skewed significantly for age and region. Older agents invested 83% more in direct mail than younger agents, and 50% more in print. Agents in the West also spent significantly more on direct mail than agents in the Northeast and South—more than any other channel, in fact, with 25.3% of budgets going there compared to 18.2% in social media, the second-place expense. 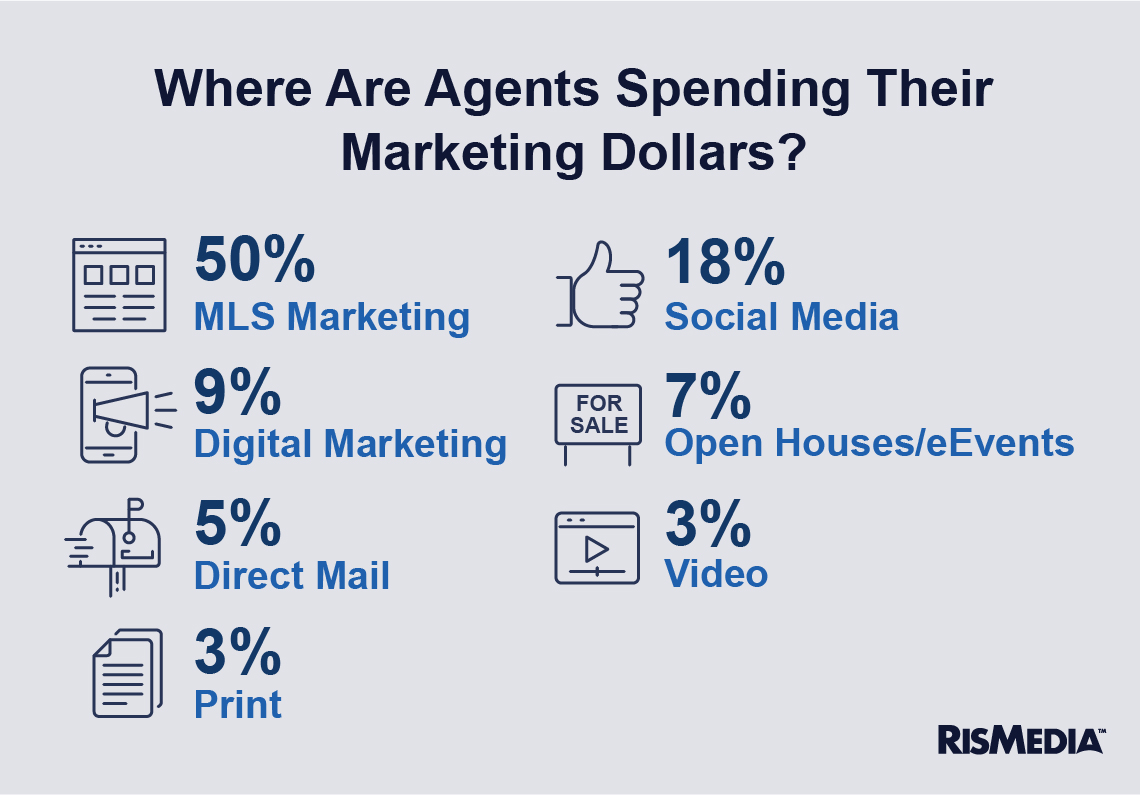 For brokers, the biggest investment for their agents’ listings was in MLS marketing, at 26% of the budget on average, followed by social media at 18% and digital at 17%. Direct mail made up 9% of budgets on average—though that number grew to 13.5% for brokers in the Northeast, and shrank to 4.3% for brokers in the Midwest. Print was also less of an investment for Midwest brokers: 4.2% of budgets compared to 8.2% average across the other three regions.

Among brokers, there was a less significant correlation between age and investment in particular marketing channels, with younger brokers investing slightly more in social media and digital compared to older brokers. But unlike agents, older brokers were actually less likely to invest in direct mail and print. Brokers 65 and older spent about 6.7% of their budgets on these channels, while brokers younger than 65 invested 7.6% on print and 9.4% on direct mail.