Faithful Mortgage Payments and Their Effect on the Economy 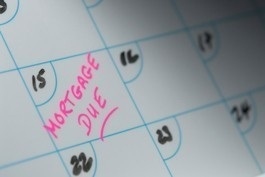 RISMEDIA, November 5, 2010—(MCT)—For almost two years, home foreclosures have swept the nation, spreading misery among once-buoyant families, spattering lenders with red ink and undermining efforts to restart the economy. But a bigger problem may turn out to be the millions of Americans who are still faithfully paying their mortgages, but on houses worth far less than before the bubble burst. It’s not that these homeowners will stop making their payments. It’s just the opposite—that they will keep doing it.

How could that be a source of future trouble? Because, with home prices stagnant in much of the country, payments on mortgages that are underwater could absorb billions of dollars that might be used for other forms of consumer spending—a drag on family finances, the housing market and the overall economy. And the drag could persist for years.

Of the estimated 15 million homeowners underwater, about 7.8 million owed at least 25% more than their properties were worth in the first quarter of this year, according to Moody’s Analytics’ calculations of Equifax credit records and government data.

Many of these homeowners are paying much higher interest rates than the latest national average of 4.25%. They still have jobs and can afford to make the payments.

But they can’t refinance because they owe too much. That home equity line of credit isn’t going to happen. Even ordinary loans may be impossible to get. And selling the home at a huge loss is out of the question.

Nor can most underwater borrowers take advantage of the Treasury Department’s loan modification program, which generally requires a job loss or another kind of hardship. In other words, they’re stuck.

The couple had planned to move to a larger home after their two grade-school children became teenagers, but now that looks impossible. Their house needs a new roof, but they’ve put off replacing it for more than a year.

“It’s hard to think of making that investment when you’re hundreds of thousands of dollars underwater,” said Hines, a city planner who, like her husband, is employed and has an advanced university degree. “It just feels hopeless. What are we supposed to do? It feels like we’re never going to see any equity in our home.”

Theoretically, the Hines family could walk away—stop making the mortgage payments that consume a big part of their income. But defaulting would ruin their credit and have other negative consequences. So, she said, they’ll keep paying and hoping for the best.

Unhappily for the rest of the country, that’s not the end of the problem: The Hineses’ financial bind will ripple throughout their community and the larger economy.

The real estate market depends on such homeowners being able to sell and move up; without them the trade-up market can’t grow.

Meantime, the Hineses will keep delaying that new roof, depriving a local roofer of business. They’re unlikely to redecorate or upgrade the kitchen either, as millions of families were doing before the recession—more potential losses for local businesses, not to mention the car dealers, clothing and consumer electronics stores and manufacturers of the products that the Hineses won’t buy.

Weighed down by the huge debt on their house, they will also be a lot more cautious about how they use credit cards. Big family getaways in the summer? Forget it, Hines said.

Multiply such sentiments by millions across the country and that translates into lackluster private spending, which accounts for 70% of the American economy.

“Families have not yet boosted their spending above the levels preceding the severe cuts they made during the recession,” William Dudley, president of the Federal Reserve Bank of New York, said in a speech last month. “This frugality stands in stark contrast to the first year of recovery from previous deep recessions,” Dudley said.

In prior downturns, the housing industry and consumer spending powered the economy back to strength. Home building not only created construction and finance jobs, but also fueled manufacturing of glass and lumber, furniture and appliances, and a host of other goods and services.

In normal times, the U.S. should be putting up about 1.7 million new houses annually, but this year it’s running at about 600,000, economist David Crowe of the National Home Builders Association said. He thinks it will be three years before home building returns to its potential.

Rather than going out on their own or starting families, young Americans are doubling up with friends and relatives, saving more and paying down debts. Older Americans are staying in their jobs longer, hoping that the single biggest asset for most of them—their homes—will recover in value.

But nobody expects a return of rapid real estate appreciation any time soon. If home prices were to rise at an annual rate of 3%, not an unlikely scenario, it would take the Hineses about 11 years to get to a point where their mortgage balance was even with their property value.

Refinancing the Hineses’ 6.5% interest loan could be a big help, saving them almost $600 a month. But lenders won’t even consider them.

And unless borrowers fall behind on their mortgage payments or face a high risk of defaulting, there’s little chance that lenders, even with federal incentives, would reduce their principal or lower their interest rates.

“They feel completely left out,” said Fred Arnold, past president of the California Association of Mortgage Professionals, referring to many underwater borrowers.

“If you stop payments, you have a much better chance of getting a modification,” Arnold said.

He contends that the federal government should set aside funds to help more borrowers refinance: “It would put immediate money into the economy.” But that’s not in the cards, especially with budget deficits weighing on Washington and the American public.

Eventually, economists suggested, a lack of options will push more underwater borrowers to walk away from their mortgages. But in the meantime, the stress on families, the housing market and the whole economy will continue.

After tapping a home equity line of credit, Saint-Just owes $143,000—about two-thirds more than the value of his home.

Saint-Just draws a federal pension, enough to stay current on his loan but not much more. When he asked his lender about getting a new loan with lower rates, he said he was told he was too far underwater.

The loan officer “did say I could go into foreclosure and hope, maybe, they might do something. And they might not, in which case my credit would be ruined and I’d be out the door of the unit,” he said.

So Saint-Just keeps making his monthly payments and cutting back on nearly everything else. “It means dropping grocery stores and going to Wal-Mart, the 99 Cents store for food and generic items,” he said. With the winter coming, he’s preparing to dress warmly to save on heating. That may get Saint-Just through the cold weather, but it may leave the overall economy to shiver.