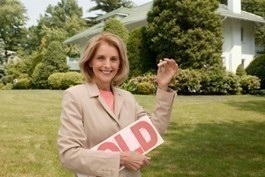 Sales of existing homes increased in October, even with some regional impact from Hurricane Sandy, while home prices continued to rise due to lower levels of inventory supply, according to the National Association of REALTORS®.

Total existing-home sales, which are completed transactions that include single-family homes, townhomes, condominiums and co-ops, rose 2.1 percent to a seasonally adjusted annual rate of 4.79 million in October from a downwardly revised 4.69 million in September, and are 10.9 percent above the 4.32 million-unit level in October 2011.

Lawrence Yun, NAR chief economist, said there was some impact from Hurricane Sandy. “Home sales continue to trend up and most October transactions were completed by the time the storm hit, but the growing demand with limited inventory is pressuring home prices in much of the country,” he said. “We expect an impact on Northeastern home sales in the coming months from a pause and delays in storm-impacted regions.”

The national median existing-home price2 for all housing types was $178,600 in October, which is 11.1 percent above a year ago. This marks eight consecutive monthly year-over-year increases, which last occurred from October 2005 to May 2006.

“Rising home prices have already resulted in a $760 billion growth in home equity during the past year,” Yun said. “Given that each percentage point of price appreciation translates into an additional $190 billion in home equity, we could see close to a $1 trillion gain next year.”

Total housing inventory at the end of October fell 1.4 percent to 2.14 million existing homes available for sale, which represents a 5.4-month supply at the current sales pace, down from 5.6 months in September, and is the lowest housing supply since February of 2006 when it was 5.2 months. Listed inventory is 21.9 percent below a year ago when there was a 7.6-month supply.

“Inflationary pressures are expected to build during the next two years. As a result, mortgage interest rates will also rise with inflation. Buyers who are currently held back by tight mortgage credit standards should work to improve their credit scores so they’ll be able to qualify for a mortgage while conditions are still favorable.”

First-time buyers accounted for 31 percent of purchases in October, compared with 32 percent in September and 34 percent in October 2011.

Existing-home sales in the West rose 4.4 percent to an annual level of 1.18 million in October and are 3.5 percent above a year ago. With much tighter inventory conditions, the median price in the West was $242,100, up 21.2 percent from October 2011.