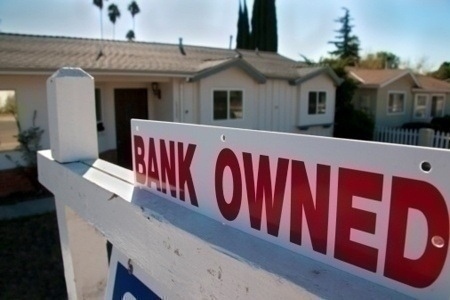 Home prices grew at the fastest pace in seven years in 2013. This is good news for property owners, both homeowners and landlords, as they witnessed, on average, a $32,000 gain in housing equity over the past two years. The equity increase is an immediate financial gain for many. For others, it marks only a partial recovery. That is, at the depth of the downturn there were about 12 – 13 million underwater homeowners. Now, that figure has been essentially slashed in half.

There is however some bad news along with the quickly rising home values. Rising home values make it more difficult for first-time homebuyers to make a purchase. The conditions will be exacerbated by the near-certain case of a rising interest rate environment in the coming years. In order to lessen the upward price pressure, more inventory is clearly needed. Homebuilders are raising production, but too late and at too small increments.

Though the most recent housing starts of a 1.1 million annualized pace in November was a solid 30 percent increase from the prior year, the pace is still insufficient. For all of 2013, housing starts look to finish at 930,000. The long-term, 50-year annual average is 1.5 million housing starts each year. So the recent past six consecutive years of less than one million new housing units was bound to make an impact on the market. Existing home inventory is at a 13-year low while newly constructed home inventory is at a 50-year low.

However, can shadow inventory then save the day in pumping out more homes available for sale? There are still 2.3 million mortgages that are seriously delinquent (more than 90 days late) or already in the foreclosure process. This is not counting underwater homeowners, but people who are not paying their mortgage. Surely, the majority of these distressed mortgages will not ever be made current. They will instead become REO properties at some point. Unfortunately, even though 2.3 million seriously delinquent mortgages sound large, they are significantly smaller than what the number had been. Four years ago, there were 4.3 million in a similar state. Just one year ago, there were 2.9 million delinquent mortgages. The bottom line is that we should expect less of an increase in shadow inventory turning into visible inventory.

Due to differing foreclosure processes, however, some states have a much larger overhang of shadow inventory than others. In places like Arizona, a homeowner is quickly evicted for being delinquent. In other places, principally the judicial foreclosure states, the court system has the final say and the overall process tends to drag out for a long time – with a 2 – 3 year time span not uncommon.

What are the judicial states with continuing, plentiful shadow inventory that can hit the market? Interestingly, they are in states where inventory shortage is not a problem. Home-price growth has been sluggish and these states still have a shadow looming over their market. The following table shows the serious delinquency rates now and at peak (usually in 2008 or 2009, ranked by the latest home price appreciation for each of the 50 states).

As one can see, where the inventory would be most welcome, there appears just not enough shadow inventory to help relieve home prices. The top three, fastest-appreciating states of Nevada, California, and Arizona have reduced seriously delinquent mortgages by roughly 60 – 80 percent. On the opposite end of those states where seriously delinquent mortgages have been cut by only a little (to the tune of 10 percent or so) – namely New Jersey, New York, Vermont, Delaware, Connecticut, and New Mexico – home price growth has been sluggish. There are few exceptions to the rule. Washington D.C., for example, has made only slight progress in reducing seriously delinquent mortgages, yet home price growth has been strong, no doubt due to the stronger employment conditions and from the fact that it already had a relatively low delinquency peak figure.

Lawrence Yun is the chief economist for the NATIONAL ASSOCIATION of REALTORS®.