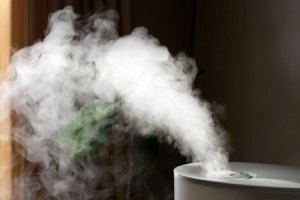 (MCT)—A few weeks back, a reader contacted me with a concern that the portable humidifier his daughter was running in a bedroom could contribute to a mold problem, although he had seen no evidence of one yet.

In my household, we have run humidifiers in bedrooms because, for example, one son suffered from croup-like symptoms as a baby and the house we owned back then had radiators and the air was very dry. I never saw any evidence of mold as a result, but we had a leaky house, so the ventilation appeared to deter growth.

Our current house is much, much tighter, yet as I write this, with the outdoor air temperature 27 degrees, the indoor relative humidity ranges from 30 percent (60 degrees) in the second-floor master bedroom to 34 percent in the first-floor kitchen (62 degrees). The master bedroom formerly was the attic.

That range puts my house below the 45 percent to 55 percent that Philadelphia-based energy expert Hap Haven says is the relative-humidity range he commonly finds in homes with mold problems.

In the typical house, such moisture can easily find somewhere to condense, Haven says. That is especially true if the attic is well-connected to the house and not “air-sealed.”

If a 68-degree home with a 40 percent relative-humidity level leaks that air into an attic, it will condense on any surface less than 43 degrees, he says.

If a 70-degree home leaks 45 percent relative humidity air into an attic, it will condense on any surface less the 48 degrees.

Temperatures like those can easily be found in an attic throughout late fall, winter and early spring, Haven says.

“In the Mid-Atlantic, the indoor relative humidity tends to level off in the mid-30s (percent range) when you air-seal a home properly,” he says.

The relative-humidity range we should strive for in our houses to reduce viruses, bacteria and respiratory infections is 30 percent to 60 percent, say the Environmental Protection Agency and industry professionals.

So keeping the relative humidity in the mid-30s is good on two levels.