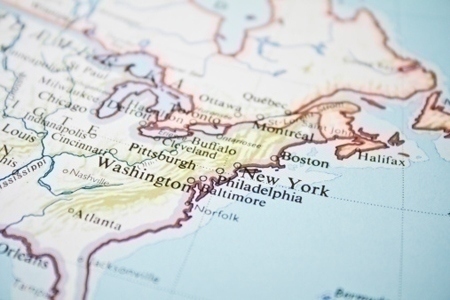 The Northeast steamrolled the nation, capturing the majority of the 17 increasing markets on a monthly basis, rebounding from severe winter weather in previous months. In contrast to last month’s report which indicated signs of slowing for the Northeast, this month, the area saw the largest monthly increase in both the Local Market Index and Midsize Market Report. The Northeast dominated, as eight markets in the top 100 and nine midsized markets were both on the top 10 monthly list.

The West continued to lead in the top 10 yearly gaining markets, representing nine of the top 10 markets. For the eleventh month in a row, California captured six of the top ten annual gaining spots, with San Diego remaining in the lead with an increase of nearly 16 percent. Previously a leading performer, the South saw prices decrease on a monthly basis, with the lowest performing market month to month being Jackson, Mississippi, which saw a 0.54 point decrease from March.

Midsized markets led the nation in not only price increases, but also in steady progress toward price rebound. Measured yearly, the bottom 200 markets posted higher index readings for the tenth month in a row with Anchorage, Alaska and Hilo, Hawaii holding the top two spots. Of the 105 total markets that have achieved complete rebound, 68 are midsized. More than 180 of the 200 midsized markets tracked by Homes.com gained in price value from March to April, 21 more than the 162 markets that gained in March. Dominating the monthly gaining markets, the Northeast saw a sales volume of 9.1 percent, the largest in the U.S. for the past year.

This month, two new markets have reached full rebound: Knoxville, Tennessee and Albany-­Schenenectady-­Troy, New York, posting 102.4 percent and 102.5 percent increases, respectively. Oil­ producing states, Texas and Oklahoma, continued to dominate recovered markets, maintaining over 200 percent increases. Of the top 100 markets, 37 have reached full recovery, bringing the total of fully rebounded markets to 105 of the top 300 markets; more than one ­third. An additional 59 percent of U.S. markets have rebounded 50 percent from their lowest price during the housing recession.

“On an annualized basis, prices increased in April over March in all three reports, a very healthy sign and proof that the spring and summer buying season is in full swing,” says Brock MacLean, executive vice president of Homes.com. “While the Pacific coast saw markets with some of the fastest rising prices, the Northeast also saw an almost immediate bounce back from severe winter conditions, proving nationwide recovery continues in a sustainable fashion. While indications overall are positive, there’s still a long way to go as metro areas with lower rebound percentages will take a while to recover, since they were hardest hit with price declines during the recession.”

Additional highlights from the Homes.com Local Market Index reports include: