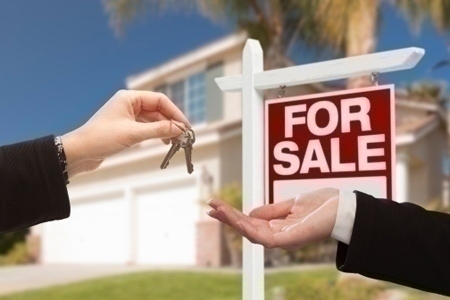 Pending home sales rose sharply in May, with lower mortgage rates and increased inventory accelerating the market, according to the National Association of REALTORS®. All four regions of the country saw increases in pending sales, with the Northeast and West experiencing the largest gains.

The Pending Home Sales Index, a forward-looking indicator based on contract signings, increased 6.1 percent to 103.9 in May from 97.9 in April, but still remains 5.2 percent below May 2013 (109.6). May’s 6.1 percent increase was the largest month-over-month gain since April 2010 (9.6 percent), when first-time homebuyers rushed to sign purchase contracts before a popular tax credit program ended.

Lawrence Yun, NAR chief economist, expects improving home sales in the second half of the year. “Sales should exceed an annual pace of five million homes in some of the upcoming months behind favorable mortgage rates, more inventory and improved job creation,” he says. “However, second-half sales growth won’t be enough to compensate for the sluggish first quarter and will likely fall below last year’s total.”

Despite the positive gains in signed contracts last month, Yun cautions that affordability and access to credit is still an area of concern for first-time homebuyers, who accounted for only 27 percent of existing-home sales in May and typically carry student-loan debt and lower credit scores.

“The flourishing stock market the last few years has propelled sales in the higher price brackets, while sales for homes under $250,000 are 10 percent behind last year’s pace. Meanwhile, apartment rents are expected to rise 8 percent cumulatively over the next two years because of tight availability,” says Yun. “Solid income growth and a slight easing in underwriting standards are needed to encourage first-time buyer participation, especially as renting becomes less affordable.”