The Death of the Downsize: Homeowners Buying Bigger in Retirement 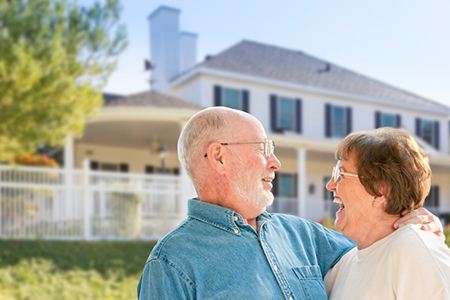 Many retirees are choosing not to move to a smaller home, according to a recent Merrill Lynch retirement study, conducted in partnership with Age Wave. While some retirees are interested in renovated, and others are looking to relocate, a shocking two-thirds (65 percent) of respondents believe they are living in the best home of their lives.

The study explored topics including new retirement realities, shifting family dynamics and fewer home-related expenses. Results showcase where retirees most want to relocate, their top renovation projects for those choosing to stay in place, and why new options are empowering retirees to stay in their homes and remain independent later in life.

During the next decade, the number of age 65+ households in the U.S. will increase by nearly 11 million, while growth in the number of households across all other age groups will be less than 2 million. This tremendous growth among older households is driven by powerful demographic forces, including the massive baby boomer generation now moving into their retirement years and increasing longevity leading to longer retirements.

The study found that 64 percent of retirees are likely to move at least once during retirement, with 37 percent having already moved and 27 percent anticipating doing so. However, perhaps the most interesting finding is that retirees are opting for larger homes, instead of the traditional late-life down-size. The study found that half (49 percent) of retirees didn’t downsize in their last move—and, in fact, 30 percent moved into larger homes. Retirees’ top reasons for upsizing were to have a home large and comfortable enough for family members to visit (33 percent) or even live with them (20 percent). According to this study, today one out of six retirees (16 percent) has a “boomerang” child who has moved back in with them. Retirees who did downsize (51 percent) cite greater freedom from the financial (64 percent) and maintenance (44 percent) burdens of a larger home among their top reasons.

View the study results in their entirety here.