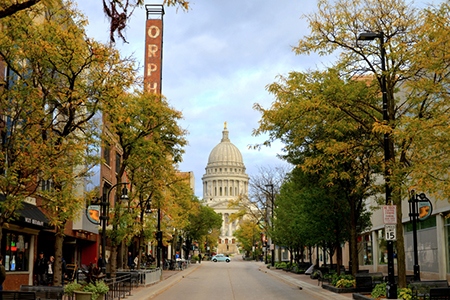 This month thousands of college students across the country headed back to campus. Skout, a global app that helps you meet new people and expand your social circle, recently reviewed 12 months of data among 18-24 year olds using its app to uncover the country’s friendliest college towns. Skout looked at college towns across the U.S. to uncover the cities where young adults engage most frequently with new friends through its app.

“It’s always fun to look at what the data from our community reveals,” says Christian Wiklund, co-founder and CEO of Skout. “Hats off to all the Skouters in Madison, Wisconsin for helping it top the list as the friendliest college town in the U.S.”