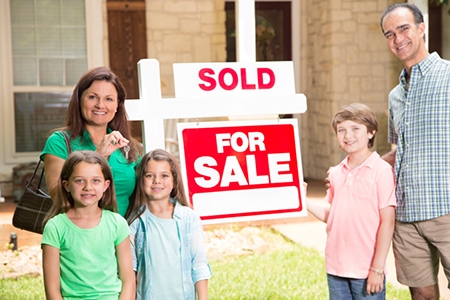 The latest national housing market index produced by Florida Atlantic University and Florida International University faculty indicates the country as a whole is moving deeper into buy territory, as owning a home is expected to produce greater wealth, on average, than renting.

According to the latest Beracha, Hardin & Johnson Buy vs. Rent (BH&J) Index, as of the end of the second quarter of 2015, the housing market in the United States as a whole is trending closer to buying being the superior option.

“The U.S. as a whole is still in clear buy territory,” says Ken Johnson, Ph.D., a real estate economist who is one of the index’s authors and an associate dean of graduate programs and professor in FAU’s College of Business. “The cities of Cincinnati, Chicago, Cleveland and New York City are deep into buy territory.”

Two cities that have been edging into rent territory – Miami and Portland – have “pulled back from the edge,” Johnson says. “It’s coming back toward a toss-up between buying and renting. That’s a good sign for home pricing in Miami and Portland as it suggests prices are going to level off in these metro areas.”

Dallas and Denver dipped slightly deeper into rent territory, making renting the preferred method for wealth accumulation, on average. Houston, however, has plunged alarmingly into historic levels of rent territory.

“Houston is particularly worrisome coming in with a score of .633,” Johnson says. “Rapid property appreciation combined with shaky economic prospects to put Houston on the watch list for a near-term dip in housing pricing.”

Honolulu, Pittsburgh, San Francisco and Seattle remain toss-up cities, implying that they are at or near the indifference point between ownership and renting. Here the spread between monthly rent payments and ownership payments appears to be at a point where neither ownership nor renting is statistically favored.

A video interview with Johnson discussing the results of the latest BH&J Index can be viewed here on the College of Business’ YouTube page.