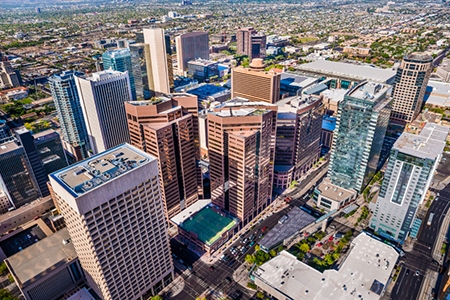 Things are looking good for the future of housing—single family home and condo sales through August were on pace for an eight-year high nationwide. This data comes from a recently released RealtyTrac® August 2015 U.S. Home Sales Report, which shows a total of 1,947,028 U.S. single-family homes and condos sold through August in 2015. These numbers are up 5.4 percent from the same time period a year ago to the highest total for the first eight months of the year since 2007, when there were 2,069,963 sales.

“The continued strength in sales volume across a wide spectrum of markets in August indicates that shockwaves from recent global stock market instability have not weakened the housing recovery and in fact there is evidence that the instability has fueled more demand for U.S. real estate,” said Daren Blomquist, vice president of RealtyTrac. “The share of cash sales nationwide in August bounced back from a seven-year low in July, and the month-over-month increase in cash sales share was more pronounced in markets that have traditionally been magnets for foreign cash buyers, including Boston, Las Vegas, San Francisco, Seattle and New York.”

Among metropolitan statistical areas with a population of at least 1 million, those with the highest share of cash sales were Miami (48.7 percent), New York (44.7 percent), Las Vegas (42.2 percent), Raleigh, North Carolina (39.6 percent), and Tampa (37.6 percent).

Las Vegas, Riverside-San Bernardino and Baltimore with highest share of FHA buyers
The share of buyers using Federal Housing Administration (FHA) loans—typically loan down payment loans with an average down payment of about 3 percent—continued to increase in August, when 23.1 percent of all single family and condo sales were to FHA borrowers, up from 23.0 percent in July and up from 17.8 percent in August 2014.

“It wasn’t just cash buyers that kept home sales volume strong in August,” Blomquist noted. “The share of buyers using FHA loans in August increased 30 percent from a year ago, and the year-over-year increase in the share of FHA buyers was 50 percent or more in markets such as Nashville, Phoenix, Colorado Springs, Portland and San Diego. Those markets with a solid and fast-growing share of FHA buyers are poised for longer, more sustainable growth going forward than markets that are more dependent on capricious cash buyers.”

Among metropolitan statistical areas with a population of at least 1 million, those with the highest share of FHA buyers were Las Vegas (39.0 percent), Riverside-San Bernardino in Southern California (36.5 percent), Baltimore (32.0 percent), Phoenix (31.8 percent), and Atlanta (30.9 percent).

Salt Lake City, Portland, Minneapolis post biggest gains in home sales volume
Among markets with at least 10,000 single family home and condo sales in the first eight months of 2015, those with the biggest year-over-year increases were Salt Lake City (up 31.6 percent), Portland (up 22.2 percent), Minneapolis-St. Paul (up 19.2 percent), Jacksonville, Florida (up 16.6 percent), and Seattle (up 16.2 percent).

Cleveland, Baltimore, Cincinnati post biggest declines in home sales volume
The biggest year-over-year decreases among markets with at least 10,000 sales through August were in Cleveland (down 13.8 percent), Baltimore (down 12.1 percent), Cincinnati (down 11.8 percent), Chicago (down 10.4 percent) and New York (down 10.1 percent).

Chicago, Milwaukee, Tampa post highest share of distressed sales
Distressed sales, including sales of homes in the foreclosure process and sales of bank-owned homes, accounted for 8.9 percent of all single family home and condos in August, down from 9.3 percent in July and down from 12.2 percent a year ago to the lowest level going back as far as RealtyTrac has distressed sales data, January 2000.

Major markets with the biggest year-over-year increase in share of distressed sales were Boston (up 75 percent), Milwaukee (up 27 percent), Rochester, New York (up 22 percent), New Orleans (up 16 percent), and Hartford, Connecticut (up 13 percent).

Among markets with a population of at least 1 million, those with the highest share of institutional investor purchases were Tampa (4.7 percent), Jacksonville, Florida (4.1 percent), Charlotte (3.3 percent), Buffalo, New York (2.8 percent), and Orlando (2.7 percent).