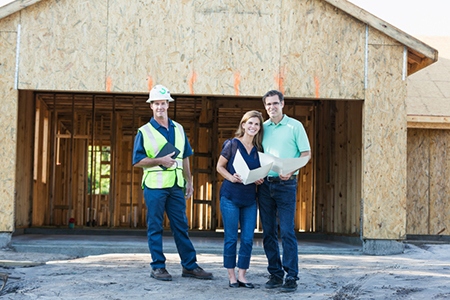 New home construction and moderate gains in the existing home market will deliver the necessary one-two punch to push total home sales to the highest levels since 2006, according to the 2016 housing forecast issued this week by realtor.com®. The forecast also identifies the top 10 markets for growth, as well as expectations for home prices and sales, interest rates and new home sales and starts.

2016 national housing outlook
The 2016 housing market is expected to be a picture of moderate, but solid growth as acceleration in existing home sales and prices both slow to 3 percent year over year due to higher mortgage rates, continuing tight credit standards, and lower affordability. The new construction market will see more significant gains in the coming year as new home starts increase 12 percent year over year and new home sales grow 16 percent year over year. Total sales for existing and new homes will reach 6 million for the first time since 2006, a result of a strong gross domestic product increase of 2.5 percent and continued job creation. These healthy economic indicators will be tempered by lack of access to credit and rising home prices, which will ultimately limit housing demand and growth.

“Next year’s moderate gains in existing prices and sales, versus the accelerated growth we’ve seen in previous years, indicate that we are entering a normal, but healthy housing market,” says Jonathan Smoke, chief economist for realtor.com®. “The improvements we’ve seen over the last few years have enabled a recovery in the existing home market, but we still need to make up ground in new construction, which we could begin to see in 2016. New home sales and starts will bring overall sales to levels we have not seen since 2006 and will help set the stage for a healthy new home market.”

Who are the 2016 home buyers?
Next year’s standout year in total sales will be driven by three distinct segments of home buyers—older millennials (25-34 years old), younger gen X’ers (35-44 years old), and retirees (65-74 years old), according to Smoke.

Millennials: They are expected make up the largest demographic of home buyers in 2016, having represented 30 percent of the existing home market. Driven by increasing income, millennials will seek out homes that meet the needs of their growing families—putting the most weight on the safety of the neighborhood and the quality of the home. Commute time and a preference for older homes have these buyers looking in city-centers and closer-in suburbs. According to realtor.com®’s proprietary research, the following markets are expected to be some of the most sought-out markets for millennial home buyers in 2016, due to their large numbers of millennials, strong employment growth, and relative affordability.

Young gen X-ers: Accounting for 20 percent of home purchases in 2015, buyers between the ages of 35-44 will be back in the market again likely making up the second largest population of buyers in 2016. These buyers have rebounded from the financial crisis and are entering their prime family-raising and earning years. More than two-thirds of the buyers in this age group already own a home. They will be moving out of a starter home into a larger home or more desirable neighborhood. All the markets on this list are seeing an uptick in growing families, declining unemployment and growing household incomes.

Individuals or couples looking to relocate or retire: This group is expected to make up the third largest home buying segment in 2016. Ages 65-74, they will be selling their current home in an effort to downsize and lower their cost of living. Last year, they represented 14 percent of home buyers. They will likely put their home up for sale at the start of the home-buying season in March or April, and aim to make a home purchase following the sale of their home. This age cohort has a very strong preference for newly constructed homes and put the most weight on their ability to customize their home. Homes in the following markets are expected to see the most retiree buying activity in 2016 due to a large share of population as well as rapidly rising home values.

Top 10 growth markets and other winners
According to Smoke, several markets are poised for substantial growth in prices and sales. Each market demonstrates strong demand dynamics evidenced by 60 percent more listing page views than the U.S. overall and inventory that moves 16 days faster than the U.S. average. Surging demand in each market can be attributed to growing household formation, a prosperous job market, and low unemployment rates as well as large populations of millennials, young gen-Xers and retirees. Realtor.com®’s 10 hottest markets for 2016 are: