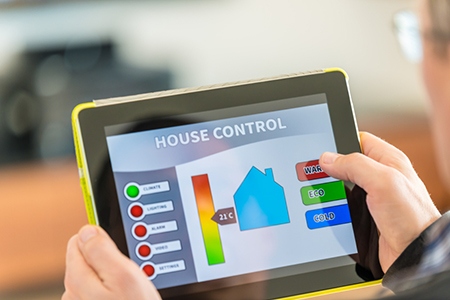 The year 2020 has long been a benchmark for when the “smart home” will finally be mainstream, but according to the results of a survey released today by Coldwell Banker Real Estate LLC, that time may come sooner than we thought.

The Coldwell Banker® Smart Home Marketplace Survey, which polled more than 4,000 Americans in advance of CES 2016, found that almost half (45 percent) of all Americans either own smart home technology or plan to invest in it in 2016. The survey also showed that it’s not just the tech-savvy who are on board with the smart home. Of people who either have smart home technology or plan to buy it in 2016, more than one in three (36 percent) say they don’t consider themselves early adopters of technology.

The Smart Home Marketplace Survey also found that more than half of homeowners (54 percent) would purchase or install smart home products if they were selling their home and knew that doing so would make it sell faster. Of that group, 65 percent would pay $1,500 or more.

“Close to five million existing homes were sold in the United States in 2014, which represents a huge white space for smart home manufacturers,” says Sean Blankenship, chief marketing officer for Coldwell Banker Real Estate LLC. “We are aiming to be the conduit between these manufacturers and home buyers and sellers, and conducting this research was one of the first of many steps toward achieving this goal.”

Coldwell Banker Real Estate is also hosting a CES conference, titled “Selling Smarter: Real Estate and The Smart Home,” on Wednesday, Jan. 6 from 11:30 a.m. to 12:30 p.m. Pacific. The conference will feature representatives from the Coldwell Banker brand as well as Nest, Lutron and August, who will discuss how “smart” is the next big trend in real estate and what that means for smart home technology manufacturers.

Entertainment is the entry-way for smart home technology.

·         The next most popular types of smart home technology that people currently have installed in their home include smart security (31 percent) and smart temperature (30 percent).

Most Americans think a home can be considered “smart” if it has smart security, temperature, lighting and safety.

·         When asked about what needs to be in a home for it to be considered “smart,” the top choices were security (e.g., locks and alarm systems – 63 percent), temperature (e.g., thermostats and fans – 63 percent), lighting (e.g., light bulbs and lighting systems – 58 percent) and safety (e.g., fire / carbon monoxide detectors and nightlights – 56 percent).

·        More than three-quarters (76 percent) of Americans think that having just one category of smart technology in your home isn’t enough for it to be considered smart.

Smart home technology is no longer just for the young and affluent.

·         Older generations are adopting certain types of smart home technology faster than younger ones. For instance, 40 percent of those over 65 who own smart home products currently have smart temperature products, compared to only 25 percent of Millennials (ages 18 to 34).

·         The percentages of Americans with a household income of between $50k and $75k and that of those with between $75k and $100k who have smart home technology are nearly identical: 25 percent versus 26 percent.

Buying smart home products is in one word – addicting.

·         Seventy (70) percent of people with smart home technology says buying their first smart home product made them more likely to buy another one.

The full survey results can be found here.

Search for smart homes for sale at www.coldwellbanker.com/smarthome.