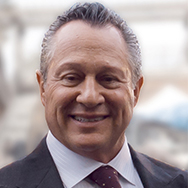 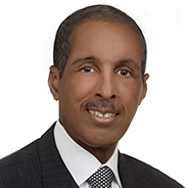 William E. Brown, a second-generation REALTOR® from Alamo, Calif., with 35-plus years in real estate, was the 2017 president and 2013 vice president of the National Association of REALTORS® (NAR). He currently serves on NAR’s Executive Committee, Board of Directors and Leadership Team. In addition, Brown is the founder of Oakland-based Investment Properties, a division of the family real estate business founded in 1964 by his father, William H. Brown. Brown is also co-founder of Springhill Real Estate Partners, a privately-owned, multi-family investment company. At the local level, Brown served as president of the Oakland Association of REALTORS® in 1984. He chaired successful campaigns to fight two rent control initiatives in Oakland, Calif.—No on E and No on EE. Brown was named REALTOR® of the Year in 2008 and previously served as the first landlord representative on the City of Oakland’s Residential Rent Arbitration Board. In 2010, Brown was inducted into the RPAC Hall of Fame. 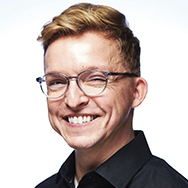 Carl Carter, Jr., is a REALTOR® with RE/MAX Elite in North Little Rock, AR and the Founder of the Beverly Carter Foundation, a 501(c)(3) nonprofit dedicated to improving agent safety. His mom, REALTOR® Beverly Carter, lost her life at the hands of two people posing as clients in 2014. Since his mother’s passing, Carl has dedicated as much time as possible to spreading the message of safety. He has a Master and Bachelor of Business Administration degree from the University of AR in Little Rock, and is currently pursuing an Executive Masters in Public Service from the Clinton School of Public Service. 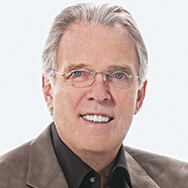 David Charron is president of MRIS Investors, Inc. and served as CEO from 2001-2017. He also Chairs its Investment Committee and the MLS RoundTable, and is immediate past Chair of the CMLS. Charron is a founding member of COVE, an industry think tank, and recently completed his term as director for the National Association of REALTORS® (NAR). In 2018, Charron served as chief strategy officer for Bright MLS and facilitated $95 billion in residential real estate transactions. In addition, Charron has served as Chair of the National Broker Portal, the Board of Midwest Real Estate Data, the REALTORS® Federal Credit Union and the NAR MLS Policy Committee. In 2015, Charron received the RISMedia National Homeownership Award and the inaugural MLS Award of Excellence from CMLS. In 2012, NAR inducted Charron into the Dr. Almon R. Smith Leadership Society. Charron is a national keynote speaker and frequently contributes to the Washington Post, covering the Mid-Atlantic region’s housing market and trends. 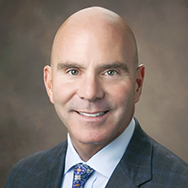 Todd Hetherington is CEO and co-owner of NM Management, Inc., a Northern Virginia company that includes CENTURY 21® New Millennium, the top-producing CENTURY 21 brokerage in the Mid-Atlantic Region for 20-plus years and five-time top producing CENTURY 21 franchise in the world. CENTURY 21 New Millennium is a Platinum member of the Cartus Broker Network and received the prestigious Cartus Masters Cup. After his military service, Hetherington started a residential real estate company that provided solid counsel and trustworthy support to families assigned to the Department of Defense and other agencies in and around the U.S. Capitol area. Through mergers, strategic acquisitions and management team building over the past two decades, Hetherington and business partner Mary Lynn Stone, and their leadership team, have grown Century 21 New Millennium to a sales force of approximately 900 agents in 20 locations in the national capitol area, and earned it a place at the pinnacle of the massive CENTURY 21 real estate franchise system. 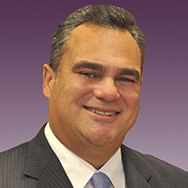 Rei Mesa is the president and CEO of Berkshire Hathaway HomeServices Florida Realty, which serves 21 counties throughout Florida with more than 40 locations and approximately 1,800 sales professionals. The company ranks in the Top 10 in the Berkshire Hathaway HomeServices network and has been recognized as a top fundraiser for The Sunshine Kids Foundation, having generated more than $3.6 million. With more than 30 years of experience, Mesa is responsible for managing all aspects of the company including strategic growth, new business development, profit and loss and acquisitions. Mesa is the past chair of the Large Residential Firms RES Advisory Group, is an NAR director, and has served on NAR’s Executive Committee, Corporate Investor Council, RPR Advisory Board, Realtor.com Advisory Board, and Project Upstream. 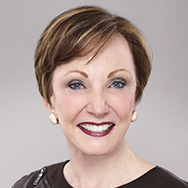 Diane M. Ramirez is the chairman and CEO of Halstead Real Estate. Ramirez has grown Halstead Real Estate from three offices in Manhattan to three dozen offices with 1,400 agents throughout Manhattan, Brooklyn, Queens, the Bronx, the Hamptons, Hudson Valley, New Jersey and Fairfield County, Connecticut. Ramirez has been a real estate executive and broker for more than three decades. She and Clark Halstead founded Halstead in 1984, which was purchased by Terra Holdings in 2001. Ramirez was appointed to the Department of State Real Estate Board in 2010 and is still an active member. She is also a member of the Real Estate Board of New York (REBNY), where she currently serves on the Board of Governors, their Executive Advisory Board and as co-chairman of their Board of Directors of the Residential Division. An active member of the Leading Real Estate Companies of the World® for more than 20 years, Ramirez serves as the 2019 chairman of the global network. 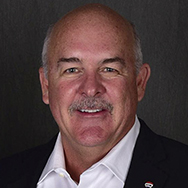 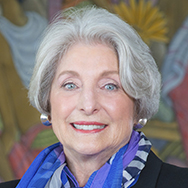 Michael Saunders is the founder and CEO of Michael Saunders & Company, an independent real estate brokerage in Florida. Saunders has overseen the firm’s growth from a single office into a network of 24 full-service real estate offices—with more than 700 agents and 200 staff members spanning the Gulf Coast region from Bradenton to Boca Grande. With sales that topped over $2.79 billion in 2018, Michael Saunders & Company is the largest-selling brokerage in all price ranges throughout Southwest Florida. In 2003, Saunders was the first woman recipient of the Florida Enterprise Medal, presented annually by the Merchant’s Association of Florida. She was named “Citizen of the Year” by the Sarasota Kiwanis Club, and was honored by the Sarasota Community Video Archives in 2003. In 2004, Saunders was honored as Entrepreneur of the Year by Ernst & Young. In 2008, Saunders was named one of the top 25 Most Influential Women in real estate. 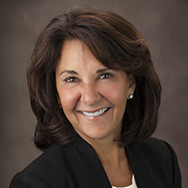 Mary Lynn Stone is president and co-owner of NM Management, Inc., which provides real estate support to clients in Virginia, Maryland and Washington, D.C. NM Management is the parent company of CENTURY 21® New Millennium, the top-producing CENTURY 21 brokerage in the Mid-Atlantic Region for 20-plus years and five-time top producing CENTURY 21 franchise in the world. CENTURY 21 New Millennium is a Platinum member of the Cartus Broker Network and was awarded the prestigious Cartus Masters Cup, the Network’s highest honor. Under Stone’s guidance, Century 21 New Millennium is the corporate sponsor of the Children’s National Medical Center (Children’s Hospital) in Washington, D.C. Stone currently serves as an at-large member of the Tri-County Council of Southern Maryland and is past director and REALTOR® of the Year for the Southern Maryland Association of REALTORS®. Stone also served as director, Maryland Association of REALTORS®, and is past president of the CENTURY 21® National Broker’s Communication Council for VA, MD, and D.C.

Discover the Secrets to Building Your Database

Become a lead-generating machine! Learn exactly how to build and optimize your database to close more deals in 2022! Learn More.