The Truth About the Generation Gap In Real Estate Teams

My experience is that the reality is far from that idea, and I have the numbers to back me up. I recently teamed up with Sisu and commissioned a first-of-its-kind study from The Center for Generational Kinetics about teams in real estate. One of the study’s most groundbreaking findings was that age wasn’t a significant factor in positive feelings toward working on teams, with over 70% of all age groups reporting at least a positive experience working on teams.

Further findings of the team study

The biggest gap in the generations evidenced in the study showed that Gen X had the highest percentage of highly positive reactions to working on a team. Younger and older millennials both reported close to 25% of professionals say their team experience was very positive, with Gen X coming in at a full 40%. This suggests that those who have been in the business longest view teams as a positive thing for the real estate industry and their careers.

There are a number of reasons why this might be the case; per the study, agents on teams report higher incomes, more productivity, more personal time, and greater career satisfaction. It’s striking to me that those who have been around the longest tend to recognize the impact teams have and report the highest levels of satisfaction surrounding them.

Go out and join—or build—a team! Don’t worry about the demographics. The numbers make it clear: from older to younger generations, positive experiences with teams in real estate is the norm. The biggest thing to keep an eye out for as you build or create a team is culture. A team’s culture is one of the biggest indicators of how well you’ll fit. If it isn’t the right fit, have no fear—there are many options and opportunities to find or create the right one. For further insights from our team study, check it out for free on Workman Success Systems’ website.

Verl Workman is the founder and CEO of Workman Success Systems, a real estate consulting company that specializes in performance coaching and building highly effective teams. Get free access to some of the very same tools and resources he has used to create success in his clients’ businesses. 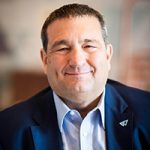 Verl Workman is the founder and CEO of Workman Success Systems, a real estate consulting company that specializes in performance coaching and building highly effective teams.