Revving Up Your SEO 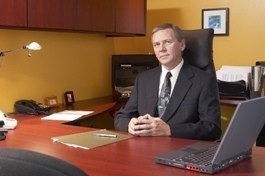 RISMEDIA, Jan. 2, 2008-For the average Web user or a Realtor who concentrates his or her efforts largely on traditional sales and marketing methods, Google is basically a wildly popular search engine which is so famous, its name also acts as a frequently used verb. When you ask someone a question about a topic they’re not familiar with, you may have heard them reply “Why don’t you Google it?”

Indeed, Google has become the leader on the Internet in terms of information gathering and it’s still the primary focus Web site developers concentrate their search engine optimization (SEO) efforts on. In a nutshell, SEO is the process of tweaking your Web site according to search engine standards in order to bolster your appearance on results pages.

Google has these things called “bots” which are basically automated tasks created to perform a designated set of instructions. These bots are assigned to scour the Internet on a daily basis and check for any new Web sites that have emerged or any changes made to existing Web sites that are already within Google’s database or their “Web site collection”.

These bots also come with instructions that tell it what specific components or requirements within a Web site to look for. These instructions are designed to weed out Web sites that have little or no relevancy from the ones that actually have useful information and follow Internet / Web site conventions.

Unfortunately, nobody really knows the exact intricacies of Google’s bots and how they determine what’s good and what’s not. However, SEO specialists have discovered that there are certain items which have become standard in terms of what to do and what not to do and serve as building blocks to get the ball rolling in your SEO efforts.

Tell Google About Yourself, But Don’t Overdo It

Back when search engines like Yahoo!, AltaVista, and Lycos ruled Internet search, keywords (the words that describe your Web site) and META tags (specific items that describe your business or niche market) were extremely important and, although they remain a vital component and are considered a part of proper Web site development practices, overstuffing your Web site with keywords or throwing in a bunch of useless unrelated text toward the very bottom of a Webpage as was commonly done in the past will actually work completely against you today.

Be thorough in your Web site description yet succinct and use keywords that are the indeed most relevant and which you know are commonly searched for. Several Web sites exist that aggregate data on what words people are typing into search engines. Spend some money and take advantage of their services.

Lots of businesses want their Web site to incorporate Flash animation of some sort. After all, a static Web site pales in comparison to one that actually has things moving here and there, right? Not necessarily.

For one, not everyone likes Flash; especially those “introductions” that are simply there for visual purposes. Regardless of what anyone may tell you, the Internet is designed to distribute information and the average attention span of a Web user is limited and some people just don’t care for the glitz.

The same concept more or less applies to Google. A completely Flash based Web site looks like one giant blank image to its bots and therefore, regardless of how well researched and informative your Web site is, it will be overlooked.

The key is to develop a Web site that incorporates traditional elements with some use of Flash, while ensuring that those Flash components do not have any vital information that you know is important. If anything, use it to spice up the attractiveness of your Web site, but don’t make it the absolute focal point.

Promoting yourself and becoming a worthwhile force in the industry is by offering something that no one else has. Keeping that in mind, there’s no reason why you should try and replicate a competitor’s Web site exactly.

Google has strict policies against copying text from another Web site verbatim. If it’s detected (and it will be), your Web site will disappear instantly and there goes that huge amount of crucial exposure you just lost. Getting it back into Google’s database is a tediously laborious process that shouldn’t even be an issue if you simply take the time to write your own text or at least hire someone that can read and write properly and professionally to do it for you.

The whole science behind SEO goes beyond what’s mentioned above, but these three vital rules are perhaps the most important in at least getting Google to “befriend” your Web site and not feel the need to sever ties instantly. Using this as a primer, you can delve further into the minutiae of SEO and develop your Web site into a top player when it comes to the ever-changing and highly competitive arena of search engine ranking.