Where the Truth about Today’s Market Really Lies 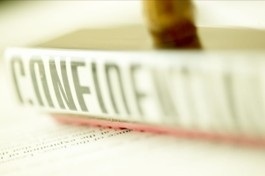 RISMEDIA, Jan. 3, 2008-The latest news on the real estate front was either calmly reassuring or deeply alarming, depending on your point of view.

The lead paragraph on the National Association of Realtors’ Nov. 21 release reported that home sales prices actually rose in most metropolitan markets. The Associated Press lead, however, emphasized the negative statistic that the number of home sales had fallen in 46 states during the third quarter. Both were correct.

The contrasting reports of NAR and the AP, gleaned from the same press release, reflect a fundamental divide between the real estate industry and the news business. Reporters and editors think the industry is out to spin the numbers to put a smiley face on a grim situation. Their function, as they see it, is to present the facts without such spin.

But which facts matter? By choosing one important set of data over another, the AP story painted a different, gloomier picture in the public mind, and that, industry critics say, can have dire consequences for the market and the economy in general.

“The biggest problem today is out-of-context reporting,” says NAR spokesman Walter Molony. “We have no issues with essential reporting of negative data. But when the media goes out of its way to find the most negative things to say about a statistical report, they’re creating fear that actually impacts the market.”

Kevin Noblet, AP Business editor, says his reporters often have to dig deep in press releases to find the news. “They naturally have a marketing intent in their news releases; that’s what they’re for,” he says. “Ours is to find the news and report it fairly. We routinely find it somewhere other than in the first paragraph.

Still, Molony says, “The most frequent complaint from members is the constant drumbeat of negative coverage is causing buyers to back out of transactions.” He says the market is “underperforming because of fear created by these negative headlines.”

Says Noblet: “Everybody who’s involved in a market knows psychology is an element. Our stories about the stock market dropping 300 points probably didn’t help market psychology. But were we supposed to find some positive spin on those days? That’s somebody else’s job.”

Adds Maryann Haggerty, real estate editor of The Washington Post: “There is no such thing as positive or negative news. My job is not to prop up the market and their business, but to do the best possible job reporting what’s going on and how it affects the readers.”

It’s All About Perspective

On the other hand, Haggerty acknowledges, what’s going on “depends on where you stand and how you look at it.” It is almost as if the media and the industry are on different planets. “It’s like ‘the press lost the war in Vietnam,'” says George Harmon, a business journalism professor at Northwestern University. “We all know people don’t get their information only from traditional media. You can drive down the street and see the ‘Reduced’ signs. If I never saw a newspaper, I’d think something’s going on. It’s convenient to blame the press, but the facts are the facts.”

In this tough environment, what can brokers do to counter what they consider negative coverage and convince consumers that now’s a good time to buy?

Ron Peltier, president of Minneapolis-based HomesServices of America, recommends promoting the “key pennants” people have long adhered to, “that housing is a good value, a good investment, a necessary shelter, a place to call home, and has significant tax advantages.”

Says Tom Kunz, President and CEO of Century 21: “Collectively, the news media, the real estate industry, and the mortgage industry need to work together to educate ourselves and the consumer. I think there’s an opportunity right now I’d hate to see most consumers miss without at least investigating the possibilities.”

Kunz said it’s up to Century 21 as a franchisor to “educate our brokers, managers and agents as to some of the opportunities in the marketplace.” Kunz is less critical of the media than others in the industry, saying, “You guys are just reporting the facts. I don’t blame you.”

The NAR, however, remains harshly critical of the media. “Sure, the media has their duty to report the news,” says Lawrence Yun, the association’s chief economist. “But I sense at times that some in the media are playing a game as opposed to just coming out with some newsworthy information beneficial to the consumer.” The NAR is not taking things lying down.

“To counter recent negative housing reports in the media,” NAR said, it has mounted a public awareness campaign, helping local Realtor associations “explain the real facts behind the real estate market in their area.” The campaign includes print ads, with local versions tailored to selected markets. Radio and television ads assert, “Interest rates are at historic lows, home choices have increased, and prices are favorable. Every market’s different.”

This sentiment reflects what brokers are also saying: Real estate markets, like weather reports, are necessarily local, so don’t be scared by national media reports.

“We’re not going to be able to dramatically change the manner in which the national media present information,” says Peltier. “But we can at the local level. You continue to provide editors and reporters with the information that tells the whole story.” In the Twin Cities, he notes, local newspapers have done “a reasonably good job” of covering “our market.”

Media critics see the more dramatic story leads as motivated not by facts but by a desire to sell the product, whether print or otherwise. In newspapers, however, there is traditionally a wall of separation between business and editorial decisions. There is, however, competition for what editors call the “prime real estate” of front page display. To attain such a coveted position, leads are sometimes sharpened, with nuance and context lost or downplayed.

“Clearly, the media has a profound ability to influence the market place, and I think they tend to be fueled by sensationalism, not the mundane,” says Peltier. “So we need to be cognizant and informed and able to communicate in every market that the message the media is delivering in many cases is an isolated or relatively myopic perspective. Where the media says prices are plummeting, that catches peoples’ attention, but they’re not plummeting everywhere.”

Ken Harney, a syndicated housing columnist and president of the National Association of Real Estate Editors, agrees with some of the criticism. “Every market is different. Local media ought to put some effort into what’s happening in the local market, definitely.” Harney recently wrote a column about what he termed “oases,” markets, such as San Francisco, where sales are down but prices are up. “There are just certain markets that need to be reported separately.”

But Because AP stories are so widely distributed, they have enormous impact. Local news outlets, for budgetary or other reasons, may limit their coverage to what they get from the wire service. For the real estate industry these days, that’s bad news.

The Effect on Consumers

“The printed word has a dramatic way of influencing people’s perspectives,” says Peltier, citing a Nov. 28 report on Bloomberg.com that existing home sales fell “to the lowest level in at least eight years as loan restrictions and the prospect of further price declines deters buyers.”

“You keep reading that, if you’re an intelligent buyer, that will cause you to sit on the sidelines,” Peltier says. “If they said sales were slower than expected but the industry is still on track to the sixth best year ever, that’s a way of not glossing over the slowdown but comparing it to the last six or seven years of a tremendously overheated marketplace.”

Critics tend to lump “the media” together, but the term has also come to include opinionated talking heads on cable and broadcast television. Stock guru Jim Cramer set off alarms when he advised viewers of NBC’s Today Show Sept. 26, “Don’t you dare buy now, don’t you dare buy a home now, you’ll lose money.”

Century 21’s Kunz reacted strongly. “I almost wanted to rip the TV off the wall,” he says. “What Cramer said was totally inaccurate and against what he preaches on his investment show, to buy low and sell high. I thought my wife was going to have to give me a tranquilizer. I was going nuts. This was one time, you know, let’s give the marketplace an even break here.”

However, Cramer accompanied the widely quoted warning with other statements, such as, “It is not freefall. There are still regions in the country where only slightly down.” He also predicted that lower interest rates are in store and, a year from now, “we’ll be in much better shape…I can’t be as negative as a year ago.”

An ongoing tension between Wall Street and the real estate industry may be reflected in some of the coverage and commentary, Harney says, as both the stock market and housing compete for the same investor dollars. “I think the Realtors have been a bit sunnier on interpreting their numbers over past year than, say, Wall Street is,” says Harney. “Part of this is the glass half full or half empty syndrome.”

There is, conversely, the issue of how the press and the industry treated housing during the boom years, when some markets were flat. Says Northwestern’s Harmon: “Nobody complained about stories that said the housing market is great.”

It may all be a matter of emphasis. “I don’t have any specifics,” acknowledged Kunz. “But sometimes when I see something about foreclosure, they always tend to spotlight some guy who lost his shirt. There’s no question that I feel bad for these folks, but at the end of the day that’s not the majority of what’s going on here.”

Adds Peltier, “There’s a lot of anxiety in the marketplace. Over the next 12 months, a lot of that will be put to rest and we’ll see the beginning of new, more positive appreciation of housing. We hope the media will reflect that.”

What Are Soft and Hard Mortgage Prepayment Penalties?

6 Ways to Save Money and Reduce Plastic Waste