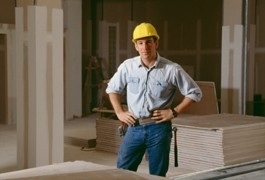 RISMEDIA, June 18, 2010—(MCT)—Residential-construction starts fell in May 2010 to their lowest level in a year, as an anticipated slowdown in sales after the expiration of the home buyers’ tax credits took hold of the market.

The Commerce Department reported recently that overall housing starts fell 10% from April, while building permits were down 5.9%. The biggest hit in starts came in the single-family sector—down 17.2% from April. Still, both overall starts and permits were up from a year ago, 7.8% and 4.4%, respectively.

“The plunge in housing starts in May underlines that a sustained housing rebound has yet to get under way,” said economist Nigel Gault, of IHS Global Insight in Lexington, Mass. “The improvement in starts through April was driven by the extended tax credit, which expired April 30. Now, the credit is gone.”

Said economist Joel L. Naroff, of Naroff Economic Advisers in Holland, Pa.: “The housing-market excesses brought the economy to the brink, and it was hoped this sector would help get us out of the mess we are in. That does not look like it is going to happen. “It will take more than government incentives for the market to get back to normal,” Naroff said.

Although interest rates remain low—fixed 30-year mortgage rates are under 5%—and prices have declined enough since the peak of the national real estate boom in 2006 to make purchases affordable, Gault said credit remains tight and the market continues to be overstocked with homes.

National Association of Home Builders chief economist David Crowe said, “No doubt, a certain amount of building and buying activity that would have taken place in May was pulled forward to accommodate the tax-credit program’s end date, which is why we have projected some softening of the numbers.”

Employment is the bigger issue underlying a housing-market recovery, economists agree. Naroff, Gault and Moody’s Economy.com chief economist Mark Zandi said they expect the nation’s job situation will show a gradual improvement in the second half of this year and have a positive effect on housing.

“If history is a guide, what happens with jobs will matter the most to the strength of the housing rebound,” said Eric S. Belsky, executive director of the Joint Center for Housing Studies at Harvard University.

Sales of both newly constructed and previously owned homes began to slump almost immediately after the April 30 tax-credit deadline.

Net sales per community at more than 1,900 new-home developments across the country dropped 27% in May, according to John Burns Real Estate Consulting of Irvine, Calif. “This isn’t a crash,” said John Burns, the firm’s CEO. “This is exactly what we thought would happen. Many home buyers who would have bought in May purchased in April because of the credit.”

Builders are in for a tough few months “given that traffic (the number of people looking at houses) is a leading indicator of sales,” and it declined, Burns said.

Information provided by builders indicates “poor quality and lack of urgency in potential buyers,” he said.

New Jersey builder Bruce Paparone said, “Our traffic dropped by 36% in May from April.” But he added, “We anticipate a drop-off as the spring market wanes.”

“Our contract-signing stayed fairly strong, even though it was off 25% from April but on anticipated budget,” Paparone said. Though traffic has continued to decline, he said, “buyers coming in are more serious.”

Naroff said the May decrease in building permits indicates that “builders are trying to keep inventory under control.” But Crowe of the builders’ association suggested that there would be more houses under construction if lenders would loosen their purse strings. “Ongoing difficulties builders are having in obtaining financing for viable new projects are complicating factors that are slowing the industry’s recovery,” Crowe said.

In late May, a measure was introduced in the U.S. House that would create a new residential-construction loan-guarantee program within the Department of Treasury to provide loans to builders with viable projects.

Designed to unfreeze credit for small builders, the bill would expand the money flow on competitive terms, said Bob Jones, chairman of the home builders’ group.

Zandi, who is based in West Chester, Pa., believes this is unnecessary. “Credit conditions are tight for all builders, but that shouldn’t be a surprise given market conditions,” he said. “I also think credit will start to flow more freely as conditions improve, without federal government help.”