For Your Clients: Interpreting a Home Inspection Report 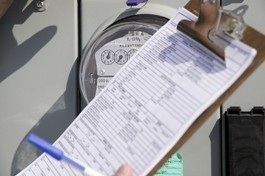 There are many styles of home inspection reports used by property inspectors, including a hand written checklist, a digital checklist or a computer generated report. But the most important aspect within an inspection report is the descriptions given for each system or component.

A typical home inspection report will be divided up into systems that make up the building. Each system is identified and a report on the condition of each system is delivered to the client.

A system is a group components assembled together through building techniques that make it complete. For example, a roofing system might be made up of several components such as rafters, sheathing, roof covering and flashing. The inspection report will identify the visual components that make up the system and report on their condition.

If there is an issue with the condition of the system or any individual component, the inspection report will comment on the type of deficiency and provide the buyer with possible recommendations such as replacing, repairing, monitoring or even bringing in a professional for further evaluation.

Deficient or defective items: If an item is deemed deficient in the inspector’s opinion, then it is either not functioning as intended, has come to the end its useful life expectancy or has deteriorated to the point that replacement or repair is imminent. An example of a deficient item may be a roof covering with severely cracked and curled shingles, even if there is no sign of leaking. The inspector may report this as deficient because the condition of the system is nearing the end of its useful life and replacement in the very near future is imminent.

Maintenance: If a maintenance item is in the report, the inspector has determined that some maintenance is needed to prevent a safety issue or the deterioration of another part of the home. For example: If the inspector finds the gutters are full of debris but are properly attached to the home and in good condition, they might put that in the report because during a rain storm, the gutters would overflow, dumping large amounts of water next to the foundation of the home and eventually begin to erode the soil around the foundation.

-Recommend: The inspectors’ opinion of how to guide the client to resolve noteworthy issues found during the inspection. Common recommendations would be to replace, repair, monitor or evaluate.

-Condensate line: The copper pipe that runs from the outside air conditioning condenser to the inside furnace (where the A/C coil is located).

-Ductwork: A system of distribution channels used to transmit heated or cooled air from a central system (HVAC) throughout a home.

-Damper: An air valve that regulates the flow of air inside the flue of a furnace or fireplace.

-Pilot light: A small, continuous flame (in a hot water heater, boiler or furnace) that ignites gas or oil burners when needed.

-Accessible: Can be approached or entered by the inspector safely, without difficulty or danger.

-Blow insulation: Fiber insulation in loose form used to insulate attics and existing walls where framing members are not exposed.

-Board and batten: A method of siding in which the joints between vertically placed boards or plywood are covered by narrow strips of wood.

-Buckling: The bending of a building material as a result of wear and tear or contact with a substance such as water.

-Cantilever: A projecting beam or other structure supported only at one end. Any part of a structure that projects beyond its main support and is balanced on it.

-Cast iron: Heavy metal formed by casting on molds. The metal is covered with a porcelain enamel coating to make fixtures such as cast iron tubs.

-Ceiling joist: One of a series of parallel framing members used to support ceiling loads and supported in turn by larger beams, girders or bearing walls. Also called roof joists.

-Cellulose insulation: Ground-up newspaper that is treated with a fire retardant.

-Celotex: A brand of black fibrous board that is used as exterior sheathing.

-Flashing: Material used around any angle in a roof or wall to prevent leaks.

-Earthquake strap: A metal strap used to secure gas hot water heaters to the framing or foundation of a house. It is intended to reduce the chances of having the water heater fall over in an earthquake and causing a gas leak.

-Sump: Pit or large plastic bucket/barrel inside the home designed to collect ground water from a perimeter drain system.

-Sump pump: A submersible pump in a sump pit that pumps any excess ground water to the outside of the home.

-Trap: A plumbing fitting that holds water to prevent air, gas and vermin from backing up into a fixture.

-Knob and tube wiring: A common form of electrical wiring used before World War II. When in good condition, it may still be functional for low amperage use.

-Circuit breaker: A protective device which automatically opens an electrical circuit when it is overloaded.

-Ground-fault circuit interrupter (GFCI): A device intended for the protection of personnel that functions to de-energize a circuit

-Grounded: Connected to earth or to some conducting body that serves in place of the earth.