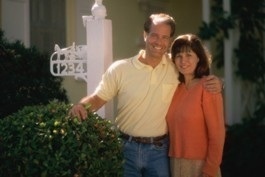 RISMEDIA, August 6, 2010—(MCT)—Bruce Baldwin is well past the “extreme excitement” he felt when he became a first-time homeowner three years ago. In fact, the cabinetmaker has now joined thousands of homeowners who face foreclosure. He says he feels so snake-bit by homeownership that he doubts he’ll ever buy again. “It was the American Dream. Now I could care less if I ever deal with a bank again,” said Baldwin, who lives in Ocoee, Fla., not far from Orlando. “What I went through was an absolute nightmare.”

Values for residential property have dropped nationwide. In the Orlando area, half of all mortgaged homes are worth less than their mortgage debt. What was once seen as an opportunity to build wealth has, in some cases, turned into dead weight.

It’s unclear whether residents’ appetite to own homes can survive the record real estate downturns.

“For 30 months, this has been nothing but a financial anchor,” said Baldwin, who was unable to refinance or permanently modify his $204,000, 12% adjustable rate mortgage after the housing-construction slowdown killed his cabinetry business.

The push to get buyers to purchase homes has played such a central role in the state’s economy that, as recently as 2008, Florida and Hawaii were more reliant on construction and real estate services than any other state in the nation, according to U.S. Department of Commerce data. That economic infusion makes few people willing to publicly question the longtime pursuit of the American Dream.

“I don’t know if it should be reconsidered,” said Schram, who advocates counseling as part of the home purchase process. “One of the things that has been the hallmark of the American economic system is pride in homeownership. It still drives the economy.”

While the federal government has pushed tax credits to boost home buying during the past 18 months, U.S. Department of Housing and Urban Development now measures its successes based more on home affordability than ownership.

HUD’s Housing Scorecard released in July touted that “home affordability in the U.S. remains near the most attractive levels in 10 years.”

During the Clinton and Bush administrations, HUD pushed ownership, particularly for minorities. Federal data shows that, at the peak of the market in 2007, Hispanic home buyers in Central Florida got a disproportionately high number of subprime loans and they were more likely than other borrowers to get the highest interest rates on adjustable-rate mortgages.

Sanz said Hispanic buyers who were saddled with those onerous loan terms have been especially hard hit by foreclosures.

At a conference of real estate journalists in Austin in June, Clinton-era HUD Secretary Henry Cisneros said his agency pushed specifically for minorities to purchase homes because “homeownership is the key to middle class. When they own a house with equity, that constitutes wealth.” But, he added, “clearly some people should have never been purchasing homes.” The problem became unscrupulous lenders who sold mortgages to buyers who could not afford them, he added.

Fogelsong is finishing a book about former U.S. Sen. Mel Martinez, whose Cuban immigrant story helped launch his ascension from the Orange County Commission to HUD secretary and then the U.S. Senate.

Titled Immigrant Prince: Mel Martinez and the American Dream, the book refers to Martinez’s drive to push minority homeownership at HUD with initiatives that included a traveling bus called American Dream Express. Martinez declined to comment for this story.

“The sad story from the Bush era was that there was a significant increase in homeownership among minorities, but those were the first people to lose their homes,” Fogelsong said.