How Decrease in Nationwide Mobility Is Affecting Underwater Homeowners 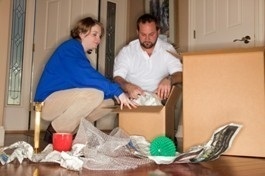 RISMEDIA, November 6, 2010—(MCT)—Melinda Thompson can’t afford to live in North Jersey. And she can’t afford to leave. Her property taxes have risen from about $7,000 to about $12,000 in just seven years. She struggles with her mortgage payments, even after her lender modified the loan.  But she can’t sell her raised ranch in Little Ferry, NJ unless she’s willing to take a substantial loss. And she thinks her job prospects wouldn’t be nearly as strong in other regions.

Like Thompson, many homeowners think about leaving New Jersey, but feel trapped. For years, Northeastern states have annually lost thousands of people who migrated to other states, especially the sunshine states of the South and West. (New Jersey’s population has continued to grow, however, because this flight was more than offset by new births and foreign immigration).

But domestic migration has slowed dramatically since the recession of 2007-09, according to a recent study by Rutgers University economists. In 2006, 76,853 more people moved out of New Jersey than moved into the state (not counting foreign immigration). In 2009, that number fell by almost 60%, to 31,690. The situation reflects a steep drop in mobility nationwide, and is mostly caused by two factors: plummeting housing values and a lack of job opportunities around the nation.

“If you can’t sell your house, you can’t move,” said Joseph Seneca, a Rutgers economist who co-authored the report, Post-Recession America: A New Economic Geography?

And with job losses widespread across the nation, it’s not as if there are great employment opportunities luring New Jerseyans to other states. As the economy expanded from 2003 to 2006, the West and the South led the way in creating jobs, drawing people from the Northeast.

The decline in mobility has the biggest impact on young people, who are historically most likely to move out of state for work, said William Frey, a demographer with the Brookings Institution in Washington. “They’re putting their lives on hold,” Frey said. “They’re standing still when they really want to be moving.”

While lower mobility may be tough on individuals, it can be good for a region—like the Northeast—that would otherwise lose population, Frey said. “If you’re keeping young people, that’s a good thing,” he said. “It adds a lot of vitality to the community and helps to beef up the workforce.”

Jerry Holt and his extended family have made plans to follow the well-worn trail South. A former mayor of Ringwood, NJ, Holt has deep roots and great friends in town, but finds the cost of living too high. His wife, a nurse, is about to retire and he has sold his business, a UPS Store in Wayne. The Holts have bought a new house in South Carolina, where their daughter and son-in-law, who both work in health care, recently moved. Holt’s son, who also works in health care, plans to move to South Carolina once he gets a job there.

The Holts plan to share the new 4,200-square-foot home with their daughter and her family. The house cost $520,000, significantly less than it would cost in North Jersey, and the property taxes will be around $3,000 a year, compared with the $15,000 the Holts now pay in Ringwood. Between the lower taxes, lower home values, and sharing the home, the family expects to save a substantial amount.

But the Holts’ efforts to sell their four-bedroom Ringwood home are going nowhere, even after they cut the price from $630,000 to $599,500. “We aren’t desperate yet, but it may not be long before a real sense of frustration sets in,” Holt said.

Like Holt, Thompson found little buyer interest when she put her house on the market last spring. Thompson, a medical transcriptionist, moved to North Jersey in 1991, a time when “my future seemed very bright, optimistic and promising,” she recalled. She bought a condo in Hackensack in 1996 and sold it in 2002, for almost twice what she had paid, as the housing market began to pick up steam.

“The lender should have looked at our income and said, ‘There’s no way you can afford it,'” said Thompson. To keep up, Thompson took a second, part-time job in a doctors’ office. As real estate values increased, she and her husband borrowed against the home’s equity, eventually pushing the mortgage amount up to $550,000.

Housing costs became a crushing burden as Thompson’s marriage broke up and property taxes skyrocketed. “It was OK at first, but once the taxes started going up, I realized I was not going to make it,” Thompson said. “I understand teachers don’t work for free, and we need police,” she said, but why, she wonders, do her relatives in Maryland get these government services for only about $2,000 a year in property taxes?

Thompson’s mortgage was modified last spring, shaving $1,000 off the monthly payment. But under the repayment plan, her monthly payment will bump up by $200 a year, starting next year. “After five years, I’ll be right back where I started,” she said.

When she put the house on the market, however, she didn’t get a single offer. If she could sell, she might move back to Maryland, near her extended family. But she believes she could never get a job she likes as much—or that pays as well—as her job in North Jersey.

Mike Biundo of Cliffside Park, NJ has also tried, without success, to move out of state. A Verizon technician who works in New York City, he’d like to move to Long Island, where most of his relatives live. He’s tired of the weekend trip on the Cross Bronx Expressway for family visits.

He’s gotten three good offers, but each deal fell apart when the buyers couldn’t sell their homes, because their buyers couldn’t get mortgages. Now, he said, the only buyers in the market are people looking for a steal “because they think it’s a buyer’s market.”