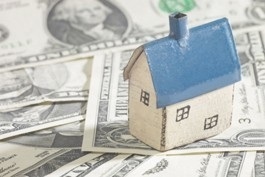 RISMEDIA, December 2, 2010—The following is a statement by National Association of REALTORS® President Ron Phipps regarding their view of mortgage interest deduction and its effect on homeownership and the economy. “As the leading advocate for housing and homeownership issues, NAR firmly believes that the mortgage interest deduction (MID) is vital to the stability of the American housing market and economy.

“The MID must not be targeted for change. NAR is actively engaged on behalf of the nation’s 75 million homeowners and 1.1 million REALTORS® to ensure that the current deduction is not modified as was recommended in the Deficit Reduction Commission report.

“The tax deductibility of interest paid on mortgages is a powerful incentive for homeownership and has been one of the simplest provisions in the federal tax code for more than 80 years. In a new survey commissioned by NAR and conducted online in October 2010 by Harris Interactive of nearly 3,000 homeowners and renters, nearly three-fourths of homeowners and two-thirds of renters said the mortgage interest deduction was extremely or very important to them.

“Recent progress has been made in bringing stability to the housing market and any changes to the MID now or in the future could critically erode home prices and the value of homes by as much as 15 percent, according to our research. This would negatively impact homeownership for millions of Americans, including those who own their homes outright and have no mortgage.

“Any further downward pressure on home prices will hamper the economic recovery, raise foreclosures and hurt banks’ abilities to lend and likely tip the economy into another recession resulting in further job losses for the country. It will effectively close the door on the American dream.

“NAR will remain vigilant in opposing any plan that modifies or excludes the deductibility of mortgage interest.”