Empty Houses and Their Effect on Neighboring Homes 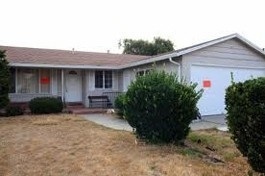 RISMEDIA, December 6, 2010—(MCT)—The abandoned rowhouse next door to Wendy and Brian Malaney has been a nightmare of a neighbor. The rowhouse’s roofing material blew off, and water seeped through the Malaneys’ adjoining walls. Later the pipes burst in the neighboring property, flooding their basement. The air they and their two young daughters breathe is now heavy with the noxious stink of mold.

The Malaneys say they have no way to cover the thousands of dollars needed to repair their own home. The vacant property’s owner has not stepped forward to fix the damage. Neither has the bank, which decided against foreclosing on—and taking possession of—the property. The Malaneys say insurance hasn’t covered the cost of remediation—and now they are stuck.

“We have nothing without this house,” said Wendy Malaney, who lives in Baltimore’s Wilson Park neighborhood. She said the damage has left her family with two choices: “living on the streets or waiting to get seriously ill.”

After decades of population and job loss, Baltimore had 22 abandoned buildings for every 1,000 people at the end of the 1990s, according to a survey of larger cities done for the Brookings Institution. Only Philadelphia had a higher share at the time. Many of the other cities reported minimal problems.

Now, though, communities across the country are wrestling with mounting abandonment as the foreclosure crisis drags on. More homes are sitting empty. More neighbors are feeling the effects. And they can’t necessarily appeal to the mortgage holder for help if the vacant properties deteriorate.

Repair work similar to what the city undertook in Wilson Park would eat up nearly $100 million if crews were sent to all 5,000 vacant properties located in largely occupied areas, and officials warn that the budget doesn’t allow it. “But we do it on a case-by-case basis,” said Michael Braverman, deputy housing commissioner in Baltimore.

Abandoned buildings are a perennial problem in Baltimore—a city where many residents share connecting walls. Nearly one-third of the city’s 16,000 uninhabitable properties are near occupied homes, city officials say. And a key part of Mayor Stephanie Rawlings-Blake’s new plan to attack vacancies is ratcheting up code enforcement on blocks where many residents still live, issuing fines more quickly.

But as the Malaneys discovered, months of effort by code enforcers and multiple citations sometimes bring no results. The city went one step further on their block this month, spending $18,500 to replace the vacant home’s roof and remove its mold-infested drywall, insulation and carpet to try to prevent more damage to the Malaneys’ property a year and a half after their woes began.

Last fiscal year, the city spent about $435,000 to stabilize 13 abandoned homes to safeguard neighboring residents, and about $450,000 to partially demolish 137 homes with major structural problems.

Baltimore’s count of abandoned buildings has remained fairly stable at 16,000 in recent years, despite rising foreclosures, Braverman said. But a home doesn’t get on the list until the city determines that it is not only vacant, but also uninhabitable. And it can take time for structural problems to set in. So the number of abandonments could grow. Lenders started foreclosure proceedings on more than 6,200 Baltimore homes last year, according to the Baltimore Neighborhood Indicators Alliance. Some homes have since been sold. Others are sitting empty, either in foreclosure limbo or in a bank’s inventory.

Joe Schilling, professor of urban affairs and planning at Virginia Tech, said some homes in weak markets are stuck in a “foreclosure limbo”—with the owner gone and the bank deciding that it doesn’t want to take the property back at auction because it wouldn’t be worth it. “It seems there’s an increasing number of what I’d call bank walkaways,” Schilling said. “They are making an economic decision by not foreclosing on the property.”

Abandonment is especially challenging in a city of rowhouses, said Dan Kildee, president of the Center for Community Progress, a “think and do tank” that focuses on vacancy issues. “The physical damage that can occur when you have shared walls is pretty obvious,” he said.

Water that got into the Malaneys’ home via the rowhouse next door damaged ceilings and walls. It also made the property a breeding ground for mold. The air filters the Malaneys installed to try to protect their daughters are pitch-black.

Wendy Malaney thinks it would cost $10,000-$15,000 to fix their home’s structural damage and remove the mold. Her husband, Brian, makes about $19,000 a year as an electrician’s helper and chimney sweep, so the expense would be more than they could hope to handle themselves, the couple said.

The Malaneys’ problems began in February 2009 when a windstorm ripped off roofing material from the rowhome next door, leaving only exposed plywood, which let in rain. Then in January, the pipes next door burst, breaking a hole in the shared wall and submerging the Malaneys’ basement in three and a half feet of water.

Shonny S. Ogunfiditimi, who is listed in property records as owner of the neighboring home, could not be reached for comment. She filed for bankruptcy protection in December.

The Malaneys’ own insurer paid $1,300 after the initial problem with the roof but declined further claims, they said. A claims representative suggested in a letter that they seek city help to get the neighboring property fixed.

City officials tried citations, fines and legal action against the real estate investor. According to court records, Ogunfiditimi received probation before judgment on a charge of failing to properly register the property.

But the property wasn’t fixed. So the city agreed to send a work crew. Wendy Malaney said she’s grateful the city stepped in. The work that was done should cut down on additional water damage, she said. But it doesn’t solve her family’s problem. “The bottom line is, who’s going to fix my house?” she said.