Housing Moving to Higher Ground in 2011 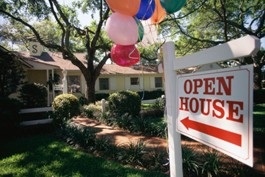 RISMEDIA, January 18, 2011—Housing will see gradual improvements in activity this year as the nation’s economy and job market continue to move to higher ground, establishing momentum that will produce more considerable gains in 2012, according to economists who appeared at the NAHB International Builders’ Show in Orlando on January 12.

Multifamily, which is poised to profit from a disproportionate number of Gen Y members moving into the housing market, has seen the bottom of the cycle, he said, and will see its starts rise 16% this year to 133,000 units, with a further 53% increase in 2012 to 203,000 units.

Builders’ access to the credit they need to start new homes remains the fragile component of the NAHB forecast, Crowe said. So far, small builders have experienced extreme difficulty in obtaining financing, and rectifying the situation as soon as possible is the top priority of the association.

More encouraging is a rebound in the confidence of consumers, who mid-2010 “froze in place, faced with a lot of uncertainty,” he said. A recent pickup in durable purchases for such items as automobiles and furniture indicates that consumers are less afraid today of losing jobs and income.

The U.S. economy will receive a boost from the massive tax package enacted at the end of last year, he said, including more income going into the pockets of wage earners thanks to a one-year 2% reduction in Social Security taxes. This will contribute to the gross domestic product strengthening from the 2.5% range to 3.5% to 3.8% by year’s end.

The housing recovery will start up slowly this year, he said, because it will be driven by the relatively low housing production Plains states, with Texas the most powerful of the bunch. Traditional bulwarks of housing activity such as California and Florida, on the other hand, will not be among the states whose housing markets recover the fastest.

Citing research from the Harvard Joint Center for Housing Studies, Nothaft said that households should be growing at an average annual rate of 1.2 million to 1.5 million over the next five to 10 years, suggesting the need for a sharp increase in housing production; half of the 500,000 to 600,000 starts of the past two years were needed just to replace the number of homes being removed from the housing stock.

While there will continue to be supply overhangs in some important large markets, by and large the housing price slump should bottom out by the middle of this year, he said, and price increases are already occurring in some local areas. That should attract prospective buyers who have been procrastinating until they see prices hit bottom.

“Potential buyers who have resources to buy but want to buy at the bottom are likely to start coming into the market in the springtime,” he said, which for fence sitters will be “the time to come into the market.”

Fixed-rate mortgages will move up from their current 4.75% to the 5.75% range by the end of this year, he forecasted. This will push total single-family mortgage originations down about 30% below the 2010 level as refinancings fall sharply in the face of rising mortgage rates.

While a 20% increase in housing production in 2011 is good news for housing, to put things in perspective, Nothaft said that this gain is from an extremely low level, with single-family production declining about 80% from peak to trough.