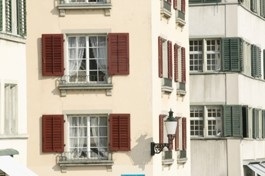 RISMEDIA, March 14, 2011—Two quarterly indices produced by the National Association of Home Builders (NAHB) indicate a return to healthy market conditions for both new and existing apartment and condominium buildings.

The Multifamily Production Index (MPI), which tracks developer sentiment about new construction on a scale of 1 to 100, is at 40.8—up more than five full points since the previous quarter and the highest number since the fourth quarter of 2006.

The MPI component tracking developers’ perception of market-rate rental properties is at 51.7—the first time this component of the index has been above 50 since the second quarter of 2007.

The Multifamily Vacancy Index (MVI) shows similar reason for optimism, declining to 33.3, which is the smallest number since the third quarter of 2006—and half of what it was a year and a half ago. Smaller numbers indicate fewer vacancies.

Historically, the MPI and MVI have performed well as leading indicators of U.S. Census figures for multifamily starts and vacancy rates, providing information on likely movement in the Census figures one to three quarters in advance.

“The renewed optimism evident in this index indicates that developers are beginning to increase production in order to meet pent-up demand,” said NAHB Chief Economist David Crowe. “However, the lack of construction financing constrains their ability to do so at levels sufficient to meet that demand.”

“Apartment developers are happy to be back in the business of building new rental apartment homes. The lack of adequate new supply, however, will put inflationary pressure on apartment rents for the next few years,” said Charles Brindell, Chairman of NAHB’s Multifamily Leadership Board and Chairman and CEO of Mill Creek Residential Trust. “We are already seeing increasing rents in several markets across the country.”