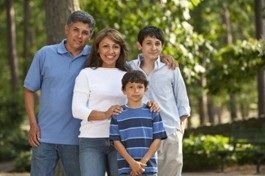 RISMEDIA, April 6, 2011—Americans favor walkable, mixed-use neighborhoods, with 56% of respondents preferring smart growth neighborhoods over neighborhoods that require more driving between home, work and recreation. That’s according to a recent study, the Community Preference Survey, by the National Association of REALTORS®.

Walkable communities are defined as those where shops, restaurants and local businesses are within walking distance from homes.

According to the survey, when considering a home purchase, 77% of respondents said they would look for neighborhoods with abundant sidewalks and other pedestrian-friendly features, and 50% would like to see improvements to existing public transportation rather than initiatives to build new roads and developments.

The survey also revealed that while space is important to home buyers, many are willing to sacrifice square footage for less driving. Eighty percent of those surveyed would prefer to live in a single-family, detached home as long as it didn’t require a longer commute, but nearly three out of five of those surveyed—59%—would choose a smaller home if it meant a commute time of 20 minutes or less.

The survey also found that community characteristics are very important to most people. When considering a home purchase, 88% of respondents placed more value on the quality of the neighborhood than the size of the home, and 77% of those surveyed want communities with high-quality schools.

The survey of 2,071 adult Americans was conducted by Belden, Russonello and Stewart from February 15-24, 2011.