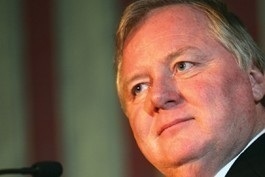 The following letter was issued today, October 25, 2012, to President Obama and Governor Romney, from Dave Liniger, Co-Founder and Chairman of RE/MAX, LLC:

We have just witnessed the last of three presidential debates in anticipation of elections now just 2 weeks away. Considering the depth of these debates and the months of political advertisements in this campaign, it is discouraging that there has not been a serious discussion about housing. As leaders, you ignore housing at our peril.

Although the economy is recognized as the single most important issue in this campaign, and housing is commonly blamed for the recession and sluggish recovery, it is unimaginable that relevant solutions to housing issues have not been front and center. Over 3.5 million homes have been foreclosed on in the last four years, another 3 million are likely in the next four, one in 213 homes had a foreclosure filing in the third quarter, and over 10.8 million homes remain underwater with mortgages greater than their market value.

Housing has always led the country out of the dark days of recession, but that has not happened this time. Still, housing does have the ability to promote a stronger overall recovery if it is allowed to do so. But it will take real political leadership in the White House and Congress to acknowledge this fact and take the appropriate steps.

It has been a long and painful road for homeowners and real estate professionals alike, but market performance in recent months has everyone feeling a bit more optimistic. Prices are rising and many underwater homeowners have received a lifeline. But we’re not on solid ground just yet. Significant obstacles remain on the road to recovery.

Simple steps would quickly increase home sales by another 700,000, create over a quarter of a million jobs and deposit millions of dollars into the economy. So, what are the obstacles?

One aspect of the fiscal cliff you have not discussed is the Mortgage Forgiveness Debt Relief Act of 2007, which is set to expire on December 31. If not extended, this has the potential of immediately reducing home sales by as much as 20%. Troubled homeowners who meet the qualifications for a loan modification or short sale are not likely to pursue either of these options if the remaining mortgage balance is considered taxable income.

Many of us in real estate have long been promoting the short sale as a viable alternative to foreclosure. In 2012, short sales began to shed their reputation as a cumbersome and time-consuming process, and their numbers have been steadily increasing. This helped reduce foreclosures and kick-start a struggling housing market. Now, the transaction that serves as salvation for many families facing foreclosure will come to an abrupt halt.

The CBO says a two-year extension will save distressed families about $2 billion. The average debt forgiveness in a short sale is $65,000. How are these struggling families going to pay taxes on this amount? Without debt relief they will eventually be forced into bankruptcy or foreclosure. What will the associated costs to society be then?

In normal times, most of us would never consider forgiving unpaid tax bills, but these are not normal times. It is more important for our country to get housing on a solid footing, put people back to work and have an economy that everyone can be confident in again. Just like a debt relief policy that is more appropriate to another place and time, unrealistic lending standards are also slowing the recovery.

Even with improving home sales, nearly 15% of sales contracts are falling through. This is largely the result of strict lending requirements. Obviously, we’re obsessed with fighting the last war. Today’s lending requirements may have prevented the housing crisis five years ago, but the pendulum has swung too far in the opposite direction. Otherwise creditworthy individuals are being denied or too intimidated to apply for a home loan.

Financing appears to be getting more difficult, not less. In August, the average FICO score of a rejected mortgage application at Fannie and Freddie was 734, two points higher than one year ago. And the average down payment of a rejected applicant was 19%. Historically, these are numbers that would seem like a solid lending risk, but for some reason that’s not the case today.

Additionally, requirements in the Dodd-Frank Consumer Protection Act that would unreasonably define Qualified Mortgages will certainly have the unintended consequences of making mortgages more difficult to obtain and perhaps add to the cost of financing a home. Even the authors of this legislation have said this was not their intent.

One proposal being considered that really shocks most of us in real estate is the elimination or reduction of the Mortgage Interest Deduction. This is not simply a loophole for the wealthy. It has been a mainstay of the middle class for many years, and by promoting homeownership it promotes a strong economy. Over 75% of homeowners utilize the deduction over the time of their ownership. Even a gradual elimination gives pause to many potential homeowners. This is the wrong approach at the wrong time.

Our message to you is simple, “First, do no harm.” Do not disrupt the ability of a fragile housing market to positively impact a stalled economic recovery at this critical time. Housing is a powerful economic engine that can easily add a large number of jobs and cash to the overall economy if it is not prevented from doing so.

The Debt Relief Act must be extended, reasonable lending standards established, housing-specific provisions of Dodd-Frank re-examined, and the mortgage interest deduction untouched. These steps will build a solid foundation, restore confidence, and provide clarity to lenders and relief to troubled homeowners. Take these simple steps and watch housing lead the country to real recovery, as it has many times in the past.

President Obama and Governor Romney, you still have time to detail your vision. For many Americans, housing is still a crisis and they are anxiously waiting for solutions.

What do you think? Let us know your thoughts on our Facebook page or emailing realestatemagazinefeedback@rismedia.com.