Coming to America: More People Moved to U.S. from International Locations in 2013 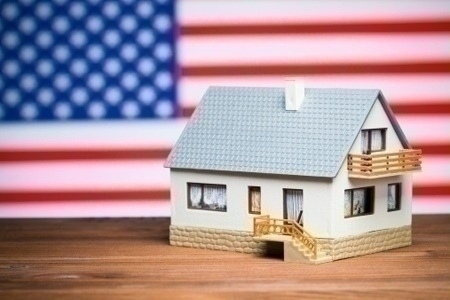 The United States experienced an influx of people from international locations in 2013, with more household goods moves made to the U.S in 2013 than moves from the U.S., according to the International Migration Study recently released by UniGroup Relocation.

The U.K. is the top country of origin for moves to the U.S., as it has been for seven out of the past eight years. Several Western European countries including Germany, the United Kingdom, France and Switzerland, continue to top the list of destinations for U.S. residents moving abroad. For the first time, Malaysia made the list as a top destination country for U.S. citizens.

The UniGroup companies move more than 260,000 families each year. The international study, which UniGroup has released since 2010, includes moves to the U.S. from nations abroad and from the U.S. to other countries. 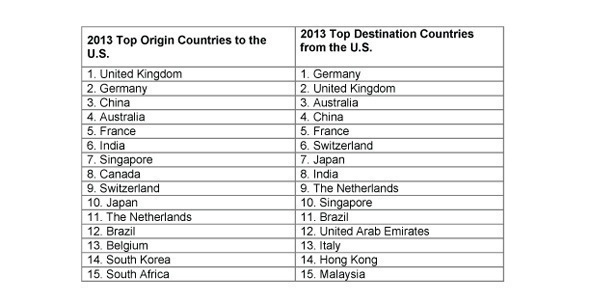 “The U.S. only saw a moving deficit to two of the countries on the top destination and origin lists, demonstrating the U.S. economy’s international strength,” says Michael Stoll, economist, professor and chair of the Department of Public Policy at the University of California, Los Angeles.

Some key trends emerged in the 2013 migration patterns:

Europe – European countries saw a high volume of inbound and outbound moves with Germany and the U.K. taking the top spots on both the origin and destination lists. In comparison to 2012 data, France moved to No. 5 from No. 6 on the destination list and Italy stayed at No. 13. Switzerland appeared at the No. 9 spot and Belgium fell slightly to No. 13 from No. 12.

Central and South America – Brazil moved to No. 12 from the No. 14 spot on the top origin list, and held steady at No. 11 on the destination list. Chile fell from the top destination list where it came in at No. 12 in 2012.