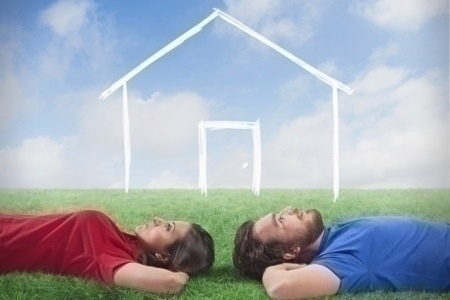 Millions of current renters nationwide aspire to buy a home in the next year, according to the inaugural edition of the Zillow Housing Confidence Index (ZHCI), suggesting strong demand among potential first-time homebuyers if market conditions are favorable. But existing headwinds, including tight inventory, rising mortgage interest rates and growing affordability problems in a handful of areas, may make it difficult for potential buyers to follow through on those aspirations as the market enters the busy spring home shopping season.

In 19 of the 20 large metro areas surveyed, more than 5 percent of all residents indicated they wanted to buy a home in the next year. Among current renters, homeownership aspirations were particularly strong, with about 10 percent of all renters nationwide saying they would like to buy within the next 12 months. The vast majority of these respondents also said they were confident or somewhat confident they could afford homeownership now. If all renters that indicated they wanted to buy actually did purchase a home in the next year, it would represent more than 4.2 million first-time home sales, more than double the roughly 2.1 million first-time home buyers in 2013.

Homeownership aspirations among current renters were the highest in Miami, Atlanta and Las Vegas, three metro areas that were among the hardest-hit by the housing recession, according to the Zillow Homeownership Aspirations Index (ZHAI), a component of the broader ZHCI.

But despite strong desires to own a home, market conditions remain mixed for potential buyers. While inventory is up nationally compared to a year ago (up 11.1 percent), it still remains well below optimal levels, and has fallen year-over-year in eight of the 20 metro areas surveyed by the ZHCI. Recent data from the Census Bureau also indicates that builders are currently building more multi-family rental housing, rather than the entry-level homes today’s renters will likely be looking to buy in coming months.

Mortgage interest rates are also on the rise, currently standing at about 4.2 percent nationally, according to the Zillow Mortgage Marketplace, well above 2013 lows of roughly 3.3 percent. And as interest rates rise, homes in a number of particularly hot markets, including San Francisco, Los Angeles, San Jose and San Diego, are already looking unaffordable for buyers with lower incomes, especially first-time buyers, as more income is devoted to mortgage payments.

“For the housing market to continue its recovery, it is critical that homes are both available and remain affordable to meet the strong demand these survey results are predicting, particularly from first-time homebuyers,” said Zillow Chief Economist Dr. Stan Humphries. “Even after a wrenching housing recession, this data shows that the dream of homeownership remains very much alive and well, even in those areas that were hardest hit. But these aspirations must also contend with the current reality, and in many areas, conditions remain difficult for buyers. The market is moving toward more balance between buyers and sellers, but it is a slow and uneven process.”

The Zillow Housing Confidence Index, sponsored by Zillow and developed by Pulsenomics LLC, is measured on a 0 to 100 scale, with readings above 50 indicating positive sentiment. The overall ZHCI for the U.S. stood at 63.7 at the start of the year. Of the 20 metro areas surveyed, 11 had individual confidence levels higher than the U.S. as a whole. The overall U.S. ZHAI among all households, which measures consumers’ plans to buy and their attitudes toward the social value of homeownership, stood at 62.4.

“While it is reassuring to see all of the headline ZHCIs in positive territory, the underlying indicators of homeownership aspirations, housing market conditions and expectations for each metro area and tenure segment reveal significant variability,” said Pulsenomics Founder Terry Loebs. “Several of these drivers of overall housing confidence registered negative or only marginally positive readings in some cities. These data confirm that real estate recovery and economic healing are relative, local phenomena, and in some instances, likely reflect the lingering psychological impact of the housing bust.”