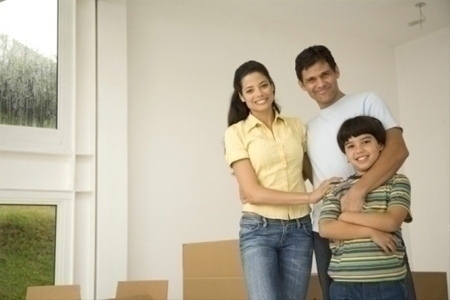 Hispanics lead the growth of U.S. owner households and many more are credit-ready to buy now if homes were available, according to the 2013 State of Hispanic Homeownership Report published this week by the National Association of Hispanic Real Estate Professionals (NAHREP). The report about the Hispanic homebuyer market offers an update on key indicators such as household formations, jobs, income and education gains that signal Latinos’ readiness to buy homes. A digital copy of the report is available for download here.

“This is a story of pent-up demand. Latinos are ready to buy homes now. Their biggest obstacle coming into today’s market isn’t credit; it’s lack of available housing,” said Jason Madiedo, president of NAHREP. “The readiness of this first-time buyer market represents a whole new purchase cycle that can drive recovery in local communities and put the housing recession behind us once and for all.”

The 2013 report offers a snapshot of economic and demographic trends that trace the rise in prominence of the Hispanic mega market and its potential to impact the U.S. housing market. It also outlines the challenges and opportunities associated with the market and identifies the housing inventory shortage as the most compelling challenge facing Hispanic homebuyers today. Hispanic real estate leaders say that the astounding trend of cash sales has all but eliminated affordable housing inventory in the nation’s largest Hispanic markets like as Miami, Phoenix, Las Vegas and Atlanta, based on data on institutional investor and cash sales transactions. According to NAHREP, misguided foreclosure disposition programs that favor cash investors are to blame for the shortage and the missed opportunity for homebuyers.

Some of the key indicators relevant to housing demand include:

· Population Growth: Hispanics continue to dominate population growth in America. The Hispanic population is presently 53 million and projected to reach 120 million by 2050, accounting for 30 percent of the total U.S. population. Today one in every four children is Hispanic.

· Education: Hispanics continue to make gains in education at all grade levels. In 2012, 69 percent of Hispanic high school graduates enrolled in college, for the first time surpassing non-Hispanic Whites at 67 percent. The Hispanic high school dropout rate has also plummeted by 50 percent in the past decade, falling to 15 percent in 2012.

· Employment and Income: Hispanics continue to drive growth in the nation’s workforce. Since 2000, Hispanic job gains have accounted for 66 percent of the growth in the U.S. labor force. By 2050, one in three working Americans will be Hispanic. The median household income of Hispanics is $40,400. Twenty-two percent of all Hispanic households earn more than $75,000 annually.