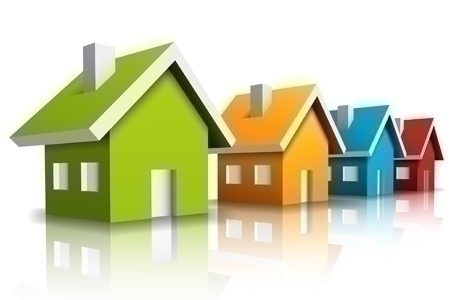 A recent Clear Capital report touches upon what the industry is referring to as housing’s “lost decade,” the time from 2004 to 2014, where national home prices have been nominally unchanged. The Home Data Index™ (HDI) Market Report, which publishes the most granular home data and analysis earlier than nearly any other index provider in the industry, noted that housing is back to 2004 levels without even accounting for inflation, leaving many homeowners with no more equity than when they bought. This is unusual in the history of the housing market where prices have risen 55 percent over each rolling 10 year period since 1985.

The anomaly of the past 10 years has impacted prices and growth but also damaged homebuyer perception. Markets began to heal with investor activity in the distressed and low tier segments. However, disengagement from first-time and move-up buyers—in part a result of low confidence—continues to prolong stagnation. We expect continued moderation, with just 1.8 percent growth expected through our revised 2015 forecast. The lost decade is gearing up for another year.

As we well know, behavior at the nation does not reflect a market-by-market view. The Midwest is looking at 15 years idle. While Midwest home prices are at 1999 levels, it is the only region expected to see more than 3 percent price growth between now and the end of 2015. Even if forecasts in the Midwest materialize, the market will only have climbed back to price levels seen in the year 2000.

Honolulu and Denver both escaped a lost decade, with home prices in both markets at historical highs. Prices in Denver are now 10.6 percent above 2004 levels, a result of slow and steady gains during the bubble years and a stronger local economy withstanding the forces of the bubble bursting. In general, markets that saw slow and steady gains during the run up have been better poised to withstand the effects of the meltdown. While Honolulu home prices rose rapidly during the bubble, they are still an astounding 70.3 percent higher than 2004 levels bringing them 14.3 percent higher than peak levels—a natural result of limited supply in a destination location with high demand. These markets should remind homebuyers that there are always exceptions and local trend insight matters.

“Two and a half years of recovery hasn’t been enough to bring a close to U.S. housing’s ‘lost decade’,” says Dr. Alex Villacorta, vice president of research and analytics at Clear Capital. “With our revised forecast showing only 1.8 percent growth through 2015, our lost decade, like Japan’s, could extend more than 10 years. Though national home price growth since 2012 of 23.5 percent has outpaced historical annual averages of 3.5 percent, home prices are still at 2004 levels—a clear indictment of the housing market’s weakness only a few short years ago. Fewer discounted distressed deals limiting investor demand and hesitation from non-investor and move-up homebuyers could drag out the lost decade. For now, national yearly home price growth of 8 percent is still double historical averages. As we brace ourselves for price moderation for the immediate future, the risk of price volatility could damage homebuyer perception, preventing markets from seeing the stable growth of Denver and Honolulu. In addition to the obvious drivers of job and wage growth, we need slow and steady price growth to help support the perception of a healthy housing market among homebuyers. The market must find equal footing before we’re well into a second lost decade.”

How Do Conditions In the Home Affect Water Quality?

Did you know that piping, faucets and fixtures can affect water quality in the home? Here’s what can happen AFTER... Learn more.