Now that the National Flood Insurance Program (NFIP) has been extended through Sept. 30, Congress should pass a long-term reauthorization and reform measure that strengthens the program while providing certainty to real estate markets and property owners.

Administered by the Federal Emergency Management Agency (FEMA), the NFIP offers hundreds of thousands of dollars of insurance coverage for flooding. The alternative is taxpayer-funded disaster relief, which averages just $4,000 per household for eligible emergency repairs and temporary housing only.

The NFIP also averts billions of dollars in property damage each year because communities must adopt and enforce building codes and standards in order to participate in the program. Flood insurance is required for a federally related mortgage in 22,000 communities nationwide.

However, the NFIP must be reauthorized to provide flood insurance, and since 2017, Congress has passed 21 stopgap extensions while debating longer-term reforms. Further, the program was not designed to cover catastrophic loss years like 2005 (Katrina) and 2017 (Harvey), and has accumulated nearly $40 billion of debt, including the $16 billion forgiven by Congress. It’s time for Congress to turn to a long-term measure that will finally put the program on a more sustainable footing.

Chair Waters recently released a discussion draft that builds on this broad bipartisan measure and provides a sensible starting point for negotiations. With the threat of a lapse now past, the National Association of REALTORS® urges Congress to come together and find common ground on much-needed reforms to the NFIP. A long-term reauthorization that includes reforms will provide certainty to property owners and communities across the U.S. 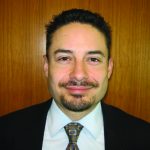