Bold Moves: One of the World’s Largest Real Estate Brands Takes a Big Step in Its Tech Evolution 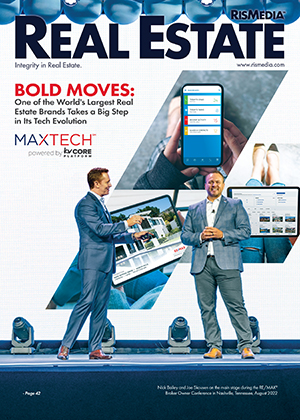 In early 2022, following the unexpected spike in U.S. home sales in 2021, the leadership at RE/MAX, LLC saw an opportunity to advance the evolution of RE/MAX technology in a manner that would upgrade the services provided to its agents, teams and offices across the United States and Canada. Led by President and CEO Nick Bailey, the leaders envisioned an enhanced tech solution that would help RE/MAX professionals connect with clients, manage relationships and continue to build their businesses.

The strategy would combine the best of existing, in-house RE/MAX technology with the skills and resources of a world-class partner—one with well-earned credibility and trust throughout the industry. And because Bailey and the RE/MAX leaders understand the incredible pace of technology, the partner would need to be on the leading edge at all times—able to quickly develop and execute automation tools for productive real estate professionals. On a large scale.

It didn’t take long to find the right match: Inside Real Estate, the developers of kvCORE.

The result is “MAX/TechSM powered by kvCORE,” announced in July, which aims to become a seamless new hub for automating and streamlining every aspect of the real estate enterprise.

“Agents remain at the center of the real estate transaction and the best agents are enabled by powerful technology,” Bailey says. “But technology is a journey, not a destination. We’re always striving to bolster our offerings and help our agents, teams and offices reach their full potential.”

According to Bailey, the strategy of partnering with a world-class provider to complement in-house tech creates a real edge for affiliates—particularly as RE/MAX scales up while many other companies are scaling back.

“For some reason, brands and brokerages think they have to build things to have a competitive advantage in tech, and I don’t think that’s necessarily the case,” he explains. “I think the only thing moving faster than the changes in this market right now is technology. And I think those that specialize in some of these products can adjust much faster than a real estate franchisor.”

According to Bailey, kvCORE kept coming up again and again during the partner search. While many RE/MAX agents/teams already use it and love it, a lot of the platform’s facets make it a great fit.

“kvCORE has one of the highest adoption rates in the industry, and it’s easy to see why,” adds Bailey. “It’s easy to use, armed with automation that acts as a 24/7 virtual assistant, and is built for different  types of users in our organization, including having a dedicated platform for our teams.”

Choosing Inside Real Estate’s kvCORE Platform, which is being customized, branded and integrated with RE/MAX’s existing tech stack for a seamless experience, was all about reputation and results.

“Inside Real Estate has proven themselves in the industry, and they are innovating faster and better than anyone else, consistently,” asserts Bailey, drawing on feedback from those in the field. “This will arm our agents and teams with not only the best tech today, but the best tech tomorrow and going forward. Users of kvCORE produce over $50 billion in sales, so we know it helps drive productivity. That’s what matters for our agents and teams.”

RE/MAX Chief Information Officer Grady Ligon, speaking from his experience on the more purely tech side, emphasizes simplicity and reduced friction in the integrated MAX/Tech platform—especially vital in the ongoing rollout phase, during which quick and effective demonstrations of value are a north star for the company. 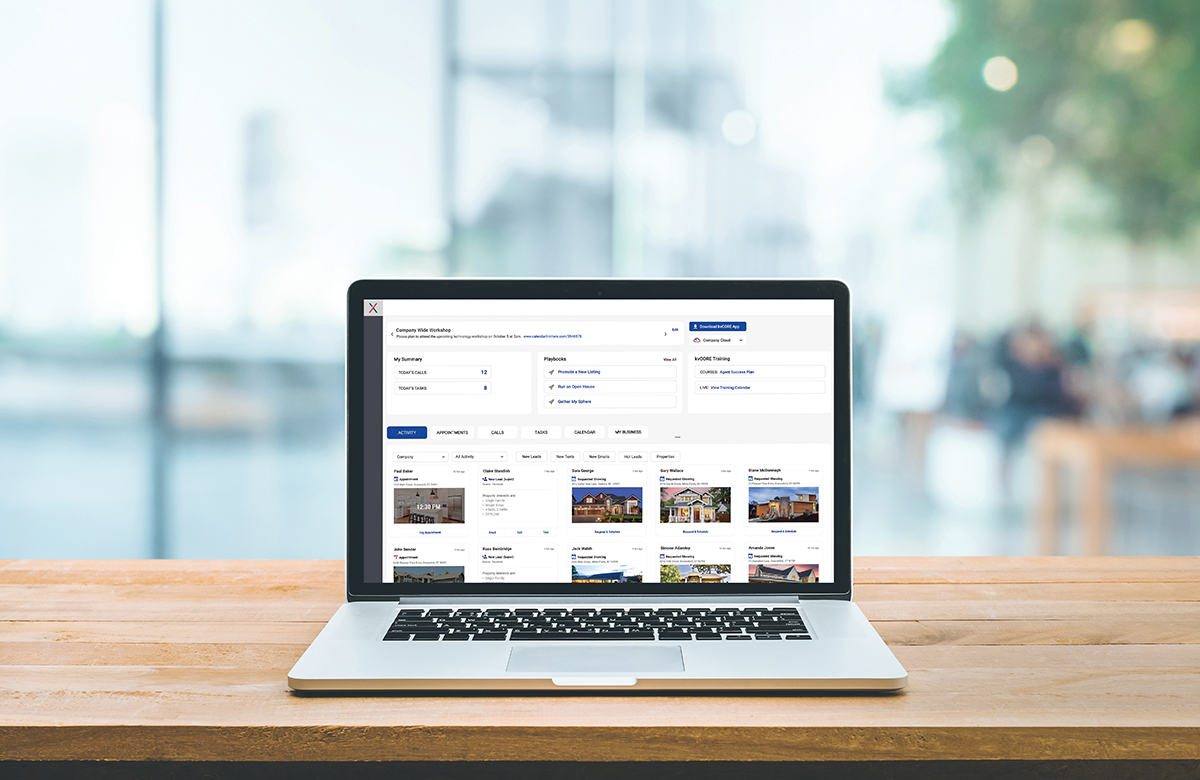 “The goal is to have one place to go to for whatever RE/MAX affiliates need and fewer clicks overall,” he says. “Let’s leverage everything we have and everything we know to make it as easy as possible to get up and running, working with kvCORE to make this a more frictionless process.”

Delivering a massive win for agents

Bailey describes the meeting where he outlined his vision for the MAX/Tech rollout to his leadership team. One word that he carefully chose turned a lot of heads in the room.

That word was “perfect.”

“There were a lot of nervous faces, I’ll tell you that,” he says. “But I don’t apologize for setting a high bar.” 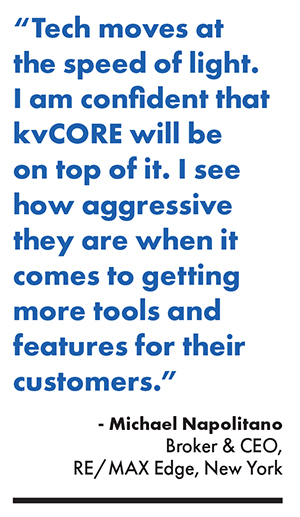 With Bailey’s background in enterprise software deployments and his insight into ground-level real estate needs (he has 26 years of real estate experience under his belt), along with the lessons learned from previous tech rollouts, the MAX/Tech powered by kvCORE launch process is on track for a thoughtful, swift and decisive debut. Speed is especially important, Bailey adds, and human resources—training, support, marketing and communications—are all in place to ensure a massive win for agents, teams and brokers.

Ligon, who has plenty of his own expertise around tech rollouts, emphasizes the strategic pace of the launch (starting in carefully selected Canadian markets before accelerating into the United States), which he says makes all the difference.

Bailey emphasizes the close and effective collaboration with Inside Real Estate, something that has facilitated the creation of assets and branding that drives excitement and reinforces RE/MAX brand values every step of the way. Co-branded video content, flyers and resources, along with a collaborative education opportunity through the recently modernized RE/MAX University® have also made a difference in driving initial adoption, he says.

“We know that the rate of adoption success comes down to a successful rollout,” he adds. “We’re just leveraging all of those aspects, but I think it’s just setting the expectation from the top. We looked at the team and said, ‘We want this rollout as near perfect as it can be,’ and that’s the expectation. We have spent about just as much time working with Inside Real Estate on the rollout as we spent negotiating the original agreement.”

The story so far 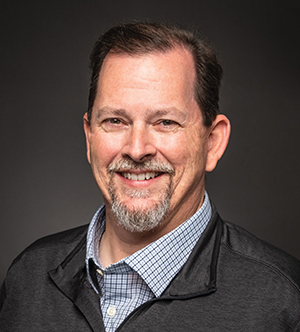 Ligon says the feedback in the initial rollout to RE/MAX affiliates in Canada has been extremely positive, and the feeling from agents is excitement.

Most importantly, agents love tools that allow them to just be agents—technology that takes things off their plates so they can spend as much time as possible running and growing their businesses.

“They’re using it because they think it adds value, but what they really want is to be out there building their pipeline, talking to their customers,” he says.

Everything from single sign-on to automatically passing agent demographic information to kvCORE saves agents time and energy that they can now invest toward becoming the most productive and effective real estate expert possible.

“It’s about making it as easy as possible,” adds Bailey. “They want as much assistance as they can get, and that’s the lens we’re looking through.”

Bailey describes the launch as thoughtful down to the granular level, starting carefully with the broker/owners and setting a schedule to reach agents on a timeframe and with support that make sense. That has already made a huge difference in the early rollout.

“I was just in Canada, and everyone was very complimentary of the process, how smooth the launch has gone and how excited people are about the platform,” he says. “It’s great when you have people standing up on stage saying, ‘I’ve been using the kvCORE Platform for two years, we absolutely love it, and here’s how it’s helping our agents have more buyers and sellers.’ Having those testimonials is huge.”

Existing kvCORE users are almost more excited than new users, Bailey says, as they get an upgrade to their existing kvCORE Platform, but no longer have to pay a bill. The powerful CORE Team Add-on—normally a paid upgrade even for teams who have access to kvCORE through their brokerage—is also available with no added cost for all United States and Canadian agents. That along with the award-winning CMA solution, CORE Present and the newly enhanced CORE Listing Machine & Design Center gives agents and teams a complete, state-of-the-art tech stack to power their business.

“We think that’s a pretty bold move,” he says.

With a brand as established and well-known as RE/MAX, the question of how to differentiate and evolve with tech is a special, unique process that Bailey says comes back to what the company has always been about.

“The tech sets you up for success, but ultimately, it’s what you do with the tech that differentiates you,” he says.

Again, Bailey relies on his longtime experience on the other side of these types of partnerships, connecting huge legacy brands with tech products. He recalls conversations from a decade ago, when people would be seeking the “miraculous competitive advantage” for their brand from things like website features.

Now, that competitive advantage comes from tools that give more power to the agent. He describes an AI data-tracking tool that can use an agent’s current database to predict who is most likely to list their homes in the near future, something that is slated to be integrated into MAX/Tech this year.

“Yes, you have to keep in touch with your clients, which we know agents aren’t always good at—but nothing feels worse than driving down the street and seeing a house you sold to someone a few years ago listed by one of your competitors,” he describes.

With the number of leads “flying around” these days, Bailey says the real challenge for many real estate professionals is sifting through it all to find anything of value. The tools in MAX/Tech are all about that value, he claims.

“It’s becoming much more expensive and difficult to figure out who is truly a buyer or seller,” says Bailey. “That’s where the competitive advantage comes in. We’re not using the tech just to say we have it, but literally to say, ‘How does this get someone another buyer or a seller?’ And we’re hyper-focused on that.”

In the end, it’s only fitting that the brand that sells the most real estate in the world—based on residential transaction sides—will also have the world’s best productivity tools.