What Can a Half Century of Housing Inventory Data and Past Recessions Tell Us? 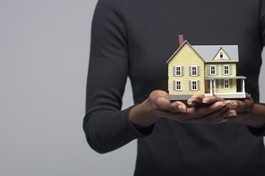 RISMEDIA, February 11, 2009-Like any other market, housing runs on supply and demand. Factors manipulate supply and demand like interest rates, employment, Wall Street, the government, and consumer confidence to name a few. But do we always have to accept what inventory levels and demand are, or can we affect them too?

Housing inventories remained low during 1963-1973, between 4 and 6 months. Then for the next 31 months, the inventory went up significantly, hitting it’s zenith at 10.4 months in February of 1975. At this point inventories normalized at 5-6 months, until September of 1975. They hovered between 5-7 months until spring of 1979.

In the 70s we experienced an economic downturn after decades of prosperity. Little economic growth and inflation was coined stagflation. We were changing over to a service economy and Japan and Europe challenged our global dominance. We had an oil crisis. Chrysler and Lockheed needed bailouts.

During the spring of 1979, housing inventories began to move up from 7 months to 8 and reached 11 months in April of 1980. They stayed relatively high until September of 1982. Then, during 1980-1984, our country endured two years of severe recession followed by two years of robust recovery. The inflation rate was brought down and jobs were created, but at a price.

The Federal Government had spent and budget deficits soared. We also had a crisis in banking because of high inflation and interest rates, plus speculative real estate ventures. Thousands of banks failed and the real estate boom went bust.

It took 40 months (May 1979 – August 1982) for housing inventories to recover. Then from September of 1982 through October of 1988, inventories stayed stable, presumably from deficit spending.

In November of 1988, inventories began to rise again for almost 3 years, until October of 1991. Our economy went into recession again in the early 90s with oil prices rising as Iraq invaded Kuwait, and we had higher interest rates and lower credit availability. Unemployment was 7.5% in 1991. The recovery officially began in March of 1991 due to a defense spending spree. From the 1991 recovery through mid-2000 the economy enjoyed prosperity. There was economic expansion and housing inventories remained low. But during this time, the deficit and corporate debt were rising rapidly, and our borrowing as households rose twice as fast as personal income.

Next the tech bubble burst. The economy went into recession in the second half of 2001 and the tragedy of 9/11 increased its severity. The economy began to slowly recover in 2002. Inventories stayed low and housing sales grew through 2005 in most parts of the country, fueled by new loan products, low interest rates and inflation.

Today’s recession started with sub prime mortgage defaults and the complicated financial products created from them which were sold around the globe. Interestingly, we had another oil crisis. How does all of this help us determine where housing inventories are going?

We are in month 26 of high housing inventories. The average number of months for inventories to fully shift during this 56 year period is 35. Optimistically, we could be entering the downward curve of the bell beginning in the second quarter of 2009, especially with some added government incentives.

While this recession has some new twists, there is a pattern that emerges, from energy crises to large budget deficits, increasing consumption and widening gaps between the rich and the poor. What can we do to avoid the bad times and create some stability?

While our economy is driven by many factors over which we have no control, we do have control over our own spending and saving habits. We have control over the greening of our homes and offices and supporting new planet-friendly technologies.

We have power in our own individual decisions. And now, for the first time in decades, the US has a positive savings rate, 2.8%, greater than the less than 1% rate during the past several years. The key to a more stable economy, housing market and planet may be as simple as moderation in consumption, increasing our savings, and moving toward green technology and energy resources. Now it’s time for you to decide, because you have the power!

Chris Kaucnik is the director of marketing for Home Warranty of America, Inc.