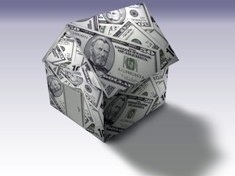 RISMEDIA, February 12, 2009-The $15,000 home buyer tax credit, which is an integral part of the economic stimulus legislation adopted yesterday by the Senate, will result in nearly 500,000 additional home sales and create 255,000 new jobs in the year ahead, according to research conducted by the National Association of Home Builders (NAHB).

“The tax credit will get prospective buyers back into the housing market on the day the bill is signed and stimulate activity throughout the economy,” said NAHB President and CEO Jerry Howard.

Increasing home sales, Howard added, will help to stabilize home values, slow the rate of foreclosures and shore up mortgage portfolios held by financial institutions, all of which will bolster confidence generally and trigger even more economic activity.

In addition to the 255,000 jobs created during the first year, NAHB estimates that the additional half million home sales will generate:

But the ripple and multiplier effect doesn’t stop there. NAHB research shows that the tax credit would result in $7.4 billion in economic activity outside the construction sector, including $4 billion in broker services, $2.5 billion in spending related to sales transactions and $350 million in spending for property improvements.

For more information about The National Association of Home Builders visit http://www.nahb.org/.