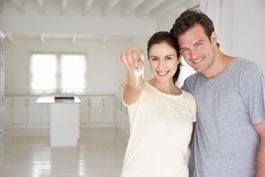 (MCT)—Prospective homebuyers signed the most contracts to buy existing homes last month in more than two years, according to new data from the National Association of Realtors.

An index measuring sales agreements ticked up 5.9 percent to 101.1 from 95.5 in April, moving into positive territory and matching March’s reading.

The indicator, which forecasts the finalized sales that usually come a month or two after the signed contract, is up 13.3 percent from a year earlier. Analysts had expected a far smaller bounce.

The last time the gauge was so high was in April 2010, when a tax credit helped boost deals for previously occupied homes. Once the incentive expired, the index plummeted to a bottom of 75.9 in June 2010.

In May, however, the report from the trade group found monthly and annual gains in every region.

The market, according to Lawrence Yun, the group’s chief economist, is “clearly superior this year compared with the past four years,” even though low inventory, underwater homeowners and tight credit are still cramping the industry.

Yun anticipates total sales spiking 10 percent this year, with the national median price for existing homes rising 3 percent and then 5.7 percent next year. Housing starts will skyrocket 26 percent this year and then another 50 percent in 2013, he predicts.

Some analysts, however, note that the trade group and its million members have a vested interest in real estate returning to its former glory. Several other housing reports have recently suggested a modest but halting recovery in the market.

Earlier this week, the Case-Shiller index of home values made its first increase after seven straight months of declines. New home sales improved last month, builders are requesting the most permits in years, interest rates are at new lows and demand is strong.