child's drawing with crayons on the pavement: a house with windows and roof, and free space for your text

High rents are worsening homelessness in major cities across the country, especially where homelessness is already at dire levels, according to a recent analysis by Zillow. Analysts estimated resulting homeless populations given a 5 percent rise in rent in 24 metropolitan areas, forecasting critical outcomes in Los Angeles and New York, where thousands more would be pushed into homelessness. 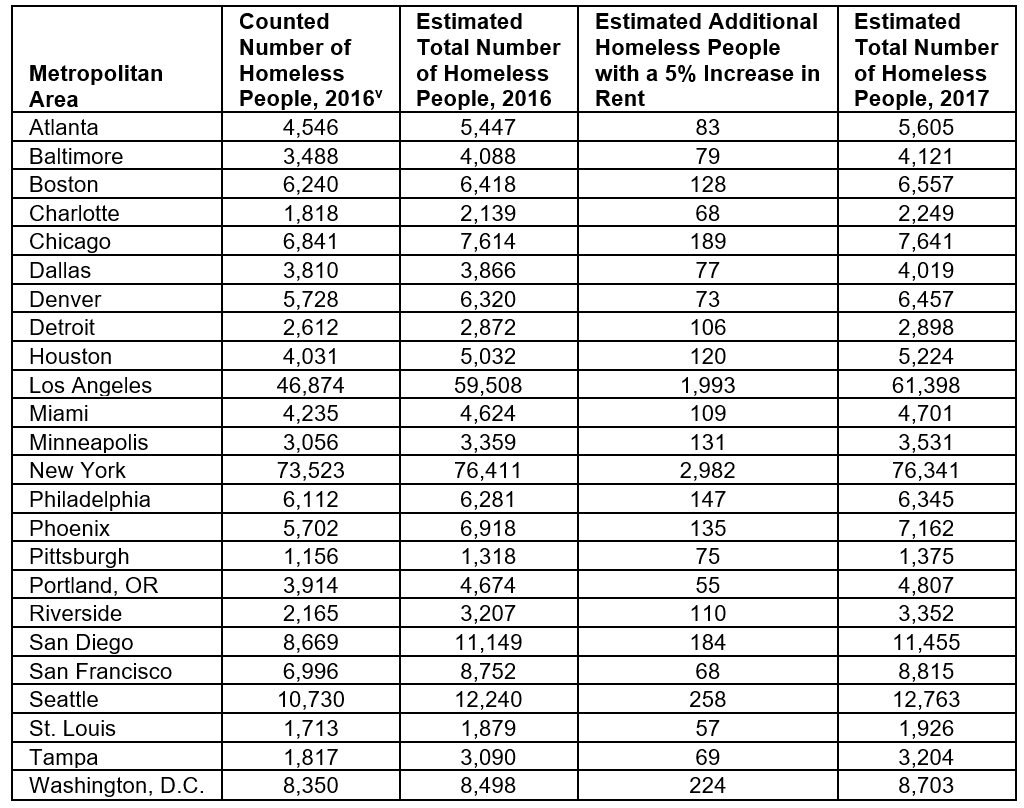 The trend is being fueled primarily by the gap between incomes and rents, which have soared to historical highs in recent years, leaving many households with hardly any cushion for financial blows such as a medical emergency or job loss—events that can trigger homelessness. Low-income households are most vulnerable, says Dr. Skylar Olsen, senior economist at Zillow.

“We’ve seen so much pressure in rental housing markets that it’s created a rental affordability crisis that has spilled over into a homelessness crisis at lower income levels,” Dr. Olsen says. “Often, the rental demand in these markets isn’t being met with a sufficient supply. There are several cities grappling with this problem, but there is no one-size-fits-all solution for everyone. This report puts a number on the link between rising rents and homelessness, highlighting the very real human impact that rent increases are having across the country.”

The analysis arrived at higher homeless populations from what is generally reported due to the fact homelessness is often measured inaccurately in “one night” studies. Its homeless population projections are the first of its kind, according to Zillow.