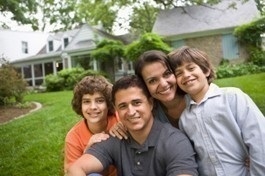 Despite continued uncertainty surrounding the fiscal cliff, Americans are showing increased confidence in the housing market and the direction of the economy. According to results from Fannie Mae’s November 2012 National Housing Survey, such improvement bodes especially well for continued strengthening in the housing sector, which in turn is likely to support overall economic growth.

“Consumer attitudes toward both the economy and the housing market continue to gather momentum, with many of our 11 key National Housing Survey indicators at or near their two-and-a-half-year highs,” says Doug Duncan, senior vice president and chief economist of Fannie Mae. “On the housing front, attitudes about the current selling environment continue to improve, with a significant increase in those saying it would be a good time to sell. This growing confidence in a housing recovery, in addition to other factors, may reinforce growing consumer optimism regarding the improving direction of the general economy. Those indicating that the economy is on the right track has risen to 44 percent while those saying it’s on the wrong track has fallen to 50 percent, the smallest gap since the survey’s inception.”

The November survey results show significant movement across many of the indicators. The share of respondents who say now is a good time to sell a home jumped 5 percentage points in November to 23 percent – the highest level since the survey began in June 2010 – narrowing the gap with those who say it is a good time to buy. The percentage of respondents who expect mortgage rates to go up increased by 4 percentage points to 41 percent. Those expecting home prices to go down within the next year also rose by 4 percentage points to 14 percent over last month, a rebound from the survey’s record low in the prior month, while the share who believe home prices will go up in the next 12 months edged up to 37 percent, tying the survey high. Of note, 51 percent of respondents now say it would be easy to get a mortgage, marking the highest rate since the survey’s inception (this survey finding is in addition to the 11 National Housing Survey indictors).

When asked about the economy, those who say it is on the wrong track dipped 6 percentage points since October and a total of 25 percentage points in the past year. Respondents expressed some improvement in the status of their current finances; however, due potentially to the looming fiscal cliff, the share who expect their personal financial situation to get worse over the next 12 months rose 5 percentage points to 18 percent – the highest level since December 2011.

• Average home price change expectation held steady at 1.7 percent.
• Fourteen percent of those surveyed say that home prices will go down in the next 12 months, a 4 percentage point increase over last month.
• The percentage who think mortgage rates will go up continued to rise, increasing 4 percentage points in November to 41 percent.
• Twenty-three percent of respondents say it is a good time to sell, a 5 percentage point increase over last month, and the highest level since the survey’s inception.
• The average rental price expectation hit 4 percent in November, a 0.9 percent rise over the past two months.
• Forty-eight percent of those surveyed say home rental prices will go up in the next 12 months, a slight decrease from last month.
• The share of respondents who said they would buy if they were going to move held relatively steady at 67 percent.
• Fifty-one percent of respondents now say it would be easy to get a mortgage, marking the highest rate since the survey’s inception.

• Hitting 50 percent for the first time since the survey’s inception, the percentage who think the economy is on the wrong track has declined by 25 percentage points over the past year, and by 6 percentage points from last month.
• The percentage who expect their personal financial situation to get worse over the next 12 months rose 5 percentage points to 18 percent, the highest level since December 2011.
• Meanwhile, 21 percent of respondents say their household income is significantly higher than it was 12 months ago.
• Household expenses remained stable over the past month, with 56 percent responding that their household expenses stayed the same compared to 12 months ago.