‘If You’re Not Leaning into Video and Social, You’re Going to Get Passed By’: Video Marketing Strategies from a Tiktok Influencer

Corcoran Group broker, and former theater director, Randy Baruh shares how he grew his business with social media, and how others can follow his strategies. 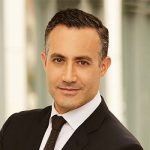 Real estate’s superstars often hail from different backgrounds. Corcoran’s Randy Baruh is the perfect example. A current broker and former Off-Broadway director, Baruh has made skills from his former profession a vital part of his existing business. After all, both theater and sales require showmanship.

By taking both his creativity and the “getting the butts in seats” attitude of Broadway, Baruh has made a name for himself in online marketing. His content includes both trendy shorts and professionally shot videos. On TikTok, he has amassed 322,000 followers and 4.7 million likes.

On this episode of RISMedia’s RealEdge, Baruh shares how he does this. He also offers general advice for real estate professionals, from being gracious to making sure you sell an area, not just the listing.

On this week’s episode, you’ll learn:

0:41 – Baruh’s production of an award-winning short film.
3:32 – Why and how Baruh has set out to make an online following with creative marketing.
7:00 – A step-by-step process of Baruh’s creative process.
12:27 – How Baruh started to take advantage of TikTok and social media.
16:30 – How hiring a digital marketing strategist made a difference for Baruh.
22:39 – How Baruh’s team maintains a schedule for putting out content.
26:10 – How and why Baruh uses independent contractors to create and promote his videos.
27:33 – The biggest mistakes Baruh has made and how you can avoid them.
30:38 – How to decide which content to boost
34:06 – How to know your advertising investment is paying off.
39:24 – Final advice on getting ahead in social media.

Randy Baruh comes from a real estate family with a grandmother who was a commercial real estate broker in 1950s-60s San Francisco. However, it took him a while to follow in her footsteps.

Baruh initially studied Theater; he holds a BA in Drama from San Francisco State University and an MFA in Acting from Carnegie Mellon University. After coming to New York City and working on Broadway, he eventually switched gears to real estate; he even used his entertainment industry contacts to kickstart his new business.

Over almost 20 years in New York real estate, he has worked as an associate broker for City Connections Realty from 2004 to 2011 and, briefly, at Sotheby’s International Realty in 2011. Since 2011, he has been a licensed associate real estate broker for the Corcoran Group.

He still works on Broadway (524 Broadway, to be exact), just not in the theaters.

‘Marry the House and Date the Rate’: Unpacking the Mortgage-Sector Rollercoaster

Being a Leader ‘When The Music Stops’

‘We’re Very Far Away From a Buyer’s market’: Navigating The Nuanced Market

How to Become a ‘Modern Agent’: Lane Hornung Explains