Stimulus Payouts Will Flow Rapidly to Some Projects, Trickle to Others 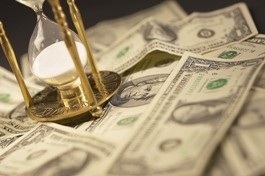 RISMEDIA, February 23, 2009-(MCT)-Energy programs could see money flowing in two to three months. Some highway projects could get funding right away, while some could wait until next year. And key tax breaks will start showing up this summer.

However, there’s no easy way to pinpoint when people will see pieces of the $787 billion economic stimulus plan start to show up in their communities.

The plan, signed into law by President Barack Obama on Tuesday, “lit a fire under the federal agencies,” said Robert Reischauer, president of the Urban Institute and the former director of the Congressional Budget Office. But at the same time, state and local governments ultimately spend much of the money, and they need time to figure out who gets what.

In addition, governments at every level need safeguards in place to make sure that the funds are not wasted or abused. The potentially biggest delay is that spenders need time to understand the rules governing the dollars.

The federal Transportation Department, for instance, has already met with state and local officials, and Washington is familiar with key local projects.

“DOT has a team of people who have been primed for this stimulus,” said Leslie Wollack, the principal legislative counsel for the National League of Cities.

She warned, however, that everyone is still studying the legislation. “Some of the language is complicated, and subject to different interpretations,” Wollack said.

The fastest payouts are likely to come as tax breaks. Treasury officials hope the “Making Work Pay” credit will reduce wage withholding for most workers by about $13 a week by mid-June. And the extra 20 to 33 weeks of jobless benefits in high unemployment states should be added quickly.

Spending on contracts takes more time, however. The Congressional Budget Office estimates that about 23% of the stimulus will be spent before Sept. 30, and that a total of 74% of the $787 billion will be out a year later.

Officials cited several steps that must be taken before much of the money can spent, including:

Federal scrutiny. Harold Simon, executive director of the National Housing Institute, said the government process could cause $2 billion slated for the Neighborhood Stabilization Program to take up to nine months to reach its intended targets. The program gives state and local governments funds to buy and redevelop foreclosed properties to stem neighborhood abandonment and blight.

Simon said the Department of Housing and Urban Development must post a notice of funds available for local and state governments to apply for. The funds will be available no more than 180 days after the notice is posted.

“It would be nice if it went out quickly,” Simon said. “But it’s $2 billion, and there will be applicants from across the country. A thoughtful and well-designed solution is better than something that’s slapdash. If HUD wants to take its time to come up with good guidelines, let them.”

The Energy Department, which has about $39 billion in tax breaks, grants and other programs, is “really looking at months” said Energy Secretary Steven Chu.

Tyjen Tsai of the American Federation of School Administrators said “we don’t have an exact date yet” for when education money will start flowing, though most of the funds are expected to be spent before Oct. 1, 2010.

Most of the health-care funding-notably $87 billion to help states pay bills for Medicaid, which provides care to the poor and people with disabilities-is also seen as being spent before that date, according to an analysis by the Committee for a Responsible Federal Budget, a Washington research group.

Local scrutiny. State and municipal officials say it’s important that the money not be spent too rapidly. They want to avoid waste and abuse, and continue to study which projects most need help.

“We have to do a lot of programming work, and whittle (the requests) down a little bit,” said Pennsylvania Transportation Secretary Allen Biehler.

Looking ahead. The stimulus is often not a long-term solution to long-festering problems.

The Committee for a Responsible Federal Budget estimates that most of the infrastructure money will be spent after October 2010, and transportation experts think it will need to be supplemented by private capital or more government spending.

“We have to remember this is a sprint, not a marathon,” said Beverly Scott, the chairwoman of the American Public Transportation Association. “There have been a lot of years where there wasn’t enough investment in public transit, and we still haven’t caught up” even with the stimulus law’s money.

Adjusting the system. It takes time for companies to adjust millions of paychecks and tax forms to reflect tax breaks. That’s why the government figures it probably will be June before payroll tax withholding rates are adjusted so people can get the “Making Work Pay” tax credit. The credit reduces most taxpayers’ liability by $400 this year and next.

Independent experts generally were unconcerned with the stimulus’ spending pace. Just knowing that money is coming should be both a psychological and practical boost, said Cary Leahey, a senior economist at Decision Economics in New York.

“The fact that government is going to put money into the pockets of the construction industry is a plus,” he said.

The one qualm some experts have involves Washington’s reputation as a slow spender. When it has tried to spend quickly in the past, they said, it often found trouble.

In 2007, for instance, the Government Accountability Office, Congress’ watchdog arm, found about $30 million in “wasteful and improper or potentially fraudulent payments” in housing-related contracts.

The stimulus bill includes provisions that will send the money out quickly, and a Recovery Accountability and Transparency Board, a seven-member panel appointed by Obama, will oversee federal agencies’ use of the funds. Its findings will be posted at the official government recovery website.

But the funds won’t go out that fast.